Translated into French by Florence Gacoin-Marks

Gabriela Babnik’s novel Dry Season is a record of an unusual love affair. Anna is a 62-year-old designer from Central Europe and Ismael is a 27-year-old African who was brought up on the street, where he was often the victim of abuse. What unites them is the loneliness of their bodies, tragic childhoods and the dry season or Harmattan, during which neither nature nor love is able to flourish. Anna soon realizes that the emptiness between them is not really caused by their skin color and age difference, but predominantly by her belonging to the Western culture in which she has lost or abandoned all the preordained roles of daughter, wife and mother. Sex does not outstrip the loneliness, and repressed secrets from the past surface into a world she sees as much crueler and, at the same time, more innocent than her own. Cleverly written as an alternating narrative of both sides in the relationship, the novel is interlaced with magic realism and accurately-perceived fragments of African political reality.

Translated into English by Nada Grošelj and Jason Blake

Josip Murn (1879–1901) was a poetic genius, a man “loved by the gods” who, like many European poets of that era, died of tuberculosis and in misery. He put together a poetry collection himself, but did not live to see it in print. His friend Ivan Prijatelj, a university professor, made sure that the book saw publication. Prijatelj added Murn’s latest poems to the collection as well and wrote the introduction – an introduction that, today, is regarded as a remarkable essay on the life and work of the poet, a reference and a model to turn to. Murn’s crystalline poetry speaks to the modern man in a voice imbued with symbolic distance and impressionistic images of the elusive directness of natural images, while also speaking of the impossibility of pinning down human knowledge, of the inevitability of alienation. This visionary aspect of Murn’s poetry is analysed by Dušan Pirjevec, the charismatic author of the second essay that was published when the book was reprinted 50 years ago. 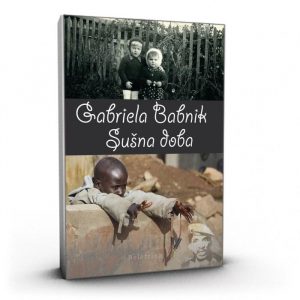 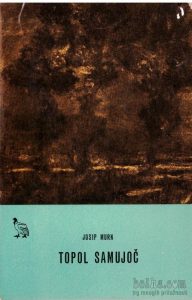 These books are co-funded by the Creative Europe Programme of the European Union and Slovenian Book Agency.