A small literature in major languages
Litteræ Slovenicæ is the international home to 154 authors, 161 translators and 69 books from Slovenia in 10 languages.

Available in print or electronic versions. 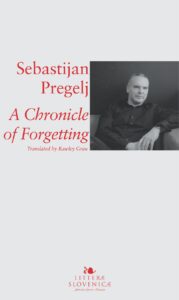 A Chronicle of Forgetting 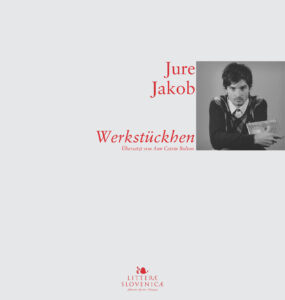 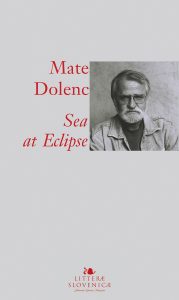 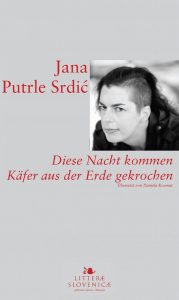 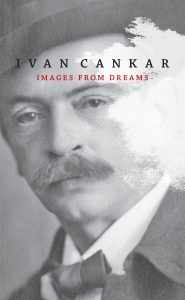 An international book series Litteræ Slovenicæ has presented 2 new book titles, that are joining a diverse range of Slovene auhtors, genres and languages. In year 2019 emerged a poetry collection »Werkstückchen« (»Delci dela«) from Jure Jakob, translated into German by Ann Catrin Bolton and with a commentary by Aljaž Krivec. But also an English […]

The Slovene Writers’ Association in cooperation with Periskop (an association that links Slovenia and Germany) was hosting two Slovene authors in Berlin on the weekend of the 23th and 24th of November 2019. Here, the poetry tandem Jure Jakob and Lidija Dimkovska and their new poetry translations were presented to the German public. The poets […]

In the course of 50 years, around 100 volumes and 130 issues have been published. At first, the publication mostly published texts in French, German and occasionally in English. In the 1970s, the first texts in Italian and Russian were published, followed by those in Spanish in the 1980s. In 1991, the publication was renamed Litteræ Slovenicæ. Since then, the predominant language of publication has been English and German, accompanied by the previously mentioned languages and Portuguese. The series has traditionally given preference to publication of original literature of Slovene authors in translation, in particular of prose, poetry and essays.

An Integral part of Internationalization

In 2012 the publication was awarded with the »Lavrinova diploma« prize for the best international project for promotion of Slovene literature in foreign countries.

The editorial concept of Litteræ Slovenicæ series is to publish representative works by eminent Slovenian authors in both foreign and bi- or multilingual editions. The editorial board strives to publish all literary genres in equal proportion (poetry, prose fiction, plays and essays) as well as to represent a range of male and female authors from different generations.

Because Litteræ Slovenicæ aims, on the one hand, to fill the gaps in the translation of classic Slovenian literature from our recent and more distant literary history, it partly focuses on the translation of previously untranslated standard works by Slovenian authors of the past (Marjan Rožanc, Josip Murn, Rudi Šeligo etc.). On the other hand, it aims to translate and promote contemporary literature by valued living Slovenian authors.

The editors, through their selection of works and aided by a team of co-workers (mainly translators), are responsible for capably presenting Slovenian authors in selected foreign languages. The books are primarily translated into larger languages in which Slovenian literature (at least when it comes to certain leading authors who are under-promoted abroad) is very often underrepresented and finds too little resonance.

Since 2010 Litteræ Slovenicæ has been successfully cooperating with the prominent American publishing house Dalkey Archive Press, which participates annually as a co-publisher of one of the books by the Slovenian “author in focus” at the Vilenica International Literary Festival.

While single books are available,
you can also subscribe to Litteræ Slovenicæ as a series.