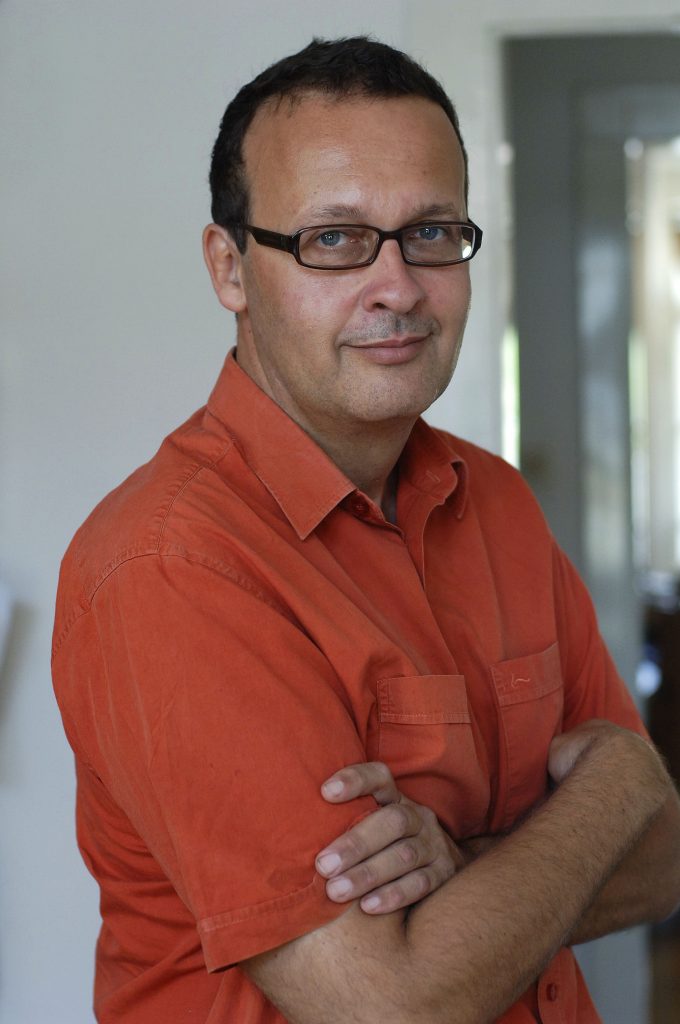 Andrej Blatnik was born in 1963 in Ljubljana, Slovenia. He studied Comparative Literature and Sociology of Culture and got his PhD in Communication Studies. He is an Associate Professor of Publishing Studies at the University of Ljubljana, edits a book series of ‘modern classics’ in one of Slovenian major publishing houses and was the president of the jury for the Vilenica Central European Literary Award between 2008 and 2015.

He has published three novels, Plamenice in solze (Torches and Tears, 1987) Tao ljubezni (Closer to Love, 1996), and Spremeni me (Change Me, 2008), five collections of short stories, Šopki za Adama venijo (Bouquets for Adam Fade, 1983), Biografije brezimenih (Biographies of the Nameless, 1989), Menjave kož (Skinswaps, 1990), Zakon želje (Law of Desire, 2000) and Saj razumeš? (You Do Understand, 2009), three books of cultural studies (one of them, Paper Labyrinths, 1994, dedicated to the American metafiction, and the other, Neon Seals, 2005, to literature in digital age) and a ‘how-to’ book Pisanje kratke zgodbe (Short Story Writing, 2010) which was also published in translation in Croatia and Macedonia. He  translated several books from English, including Sylvia Plath’s The Bell Jar and The Sheltering Sky by Paul Bowles.

Andrej Blatnik won some major Slovenian literary awards (the award of the city of Ljubljana, Zlata ptica, the highest award for young artists, and the national state award, Prešeren Fund, among them).

His stories were translated into more than 30 languages and published in literary magazines and various anthologies including Best European Fiction 2010 (Dalkey Archive Press 2010) and Short: An International Anthology of Five Centuries of Short Short Stories (Persea Books 2014). He has over 30 books in translation in eleven languages. The translation of Menjave kož was published in Spanish, Croatian, English, Czech, Hungarian, German and Turkish, Tao ljubezni in Croatian and Slovakian, Zakon želje in German, Czech, French, Macedonian, Turkish and Spanish and in 2014, Dakley Archive Press published the English translation as Law of Desire.

Andrej Blatnik has read fiction around the globe, on literary festivals such as PEN World Voices in New York City, Toronto International Festival of Authors, Jaipur Literary Festival and Cosmopolis in Barcelona, was a participant of the International Writing Program at the University of Iowa, Iowa City, USA, in 1993, and a guest at the International Writers Center at the Old Dominion University, Norfolk, Virginia, USA, in 1995. He received various fellowships, including Fulbright. A list of his publications, along with some samples, is available at www.andrejblatnik.com.