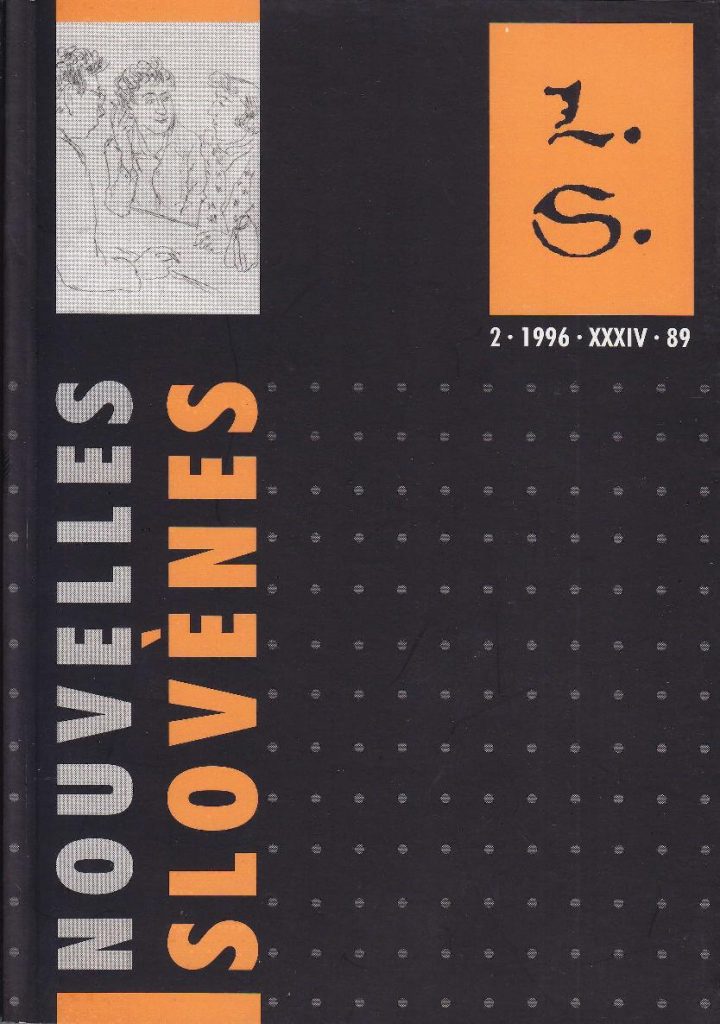 Nouvelles Slovènes, a selection of short Slovene prose in French, brings a panoramic view of the novellas of our older generation of pre or inter-war born authors such as Boris Pahor, Vladimir Kavčič and Andrej Capuder, younger post-war representatives like Berta Bojetu Boeta, Drago Jančar, Feri Lainšček, as well as even younger authors born in the 60s or later, including Jani Virk, Lela B. Njatin and Andrej Blatnik. The edition is a colourful conglomerate of styles and (at times contrasting) literary traditions locally characterising the second half of the 20th century – from social realism across modernism to postmodernism.

“In the eighties and nineties, the Slovene literary stage features two sets of generations roughly divided by the year 1960. The older one, attributed with the sobriquet of the “New Slovene Prose”, was born around 1950 and began publishing in the late seventies. Its representatives were rooted in modernist tradition, exploring anti-mimetics and counter-realism. They display a penchant for parody, for the amalgamation of different perspectives, of reality and the fantastic. The literary person is, with them, frequently embodied as a victim of society. They developed syncretism of genre and style, enacted rampage on narrative conventions and delved into self-reflection. The younger wave, born around 1960, emerges on the market in the eighties. The heralds of this generation, initially seen as “a generation shunning charismatic mentors”, called attention to themselves in 1983 with the publication of the compendium Young Prose (Andrej Blatnik, Franjo Frančič, Vojko Stavber). Its members have been attributed with the explicit dissection of literary matter and intertextuality, diverse postmodernist experimentation (the use of the palimpsest, simulation, imitation, self-quotation), a re-excavation of the past and free reinterpretation of tradition. Their subjects pine for metaphysical certainty, lonely specks of swirling dust in a world of squandered innocence. The anti-hero of the young prosaists realizes the infinite multitude of roads ahead, falling prey to a paralysing existential dread. At the conclusion of their brief ventures and tentative excursions – the standard matter of the short story – protagonists are left with precious little metaphysical realization. Passivity is their fundamental defining parameter,” writes Alenka Žbogar on the subject of the period’s Slovene short prose in her dissertation Short Domestic Prose at the Break of the Millennium.