On the Airwaves. An Anthology of Contemporary Slovene Radio Plays 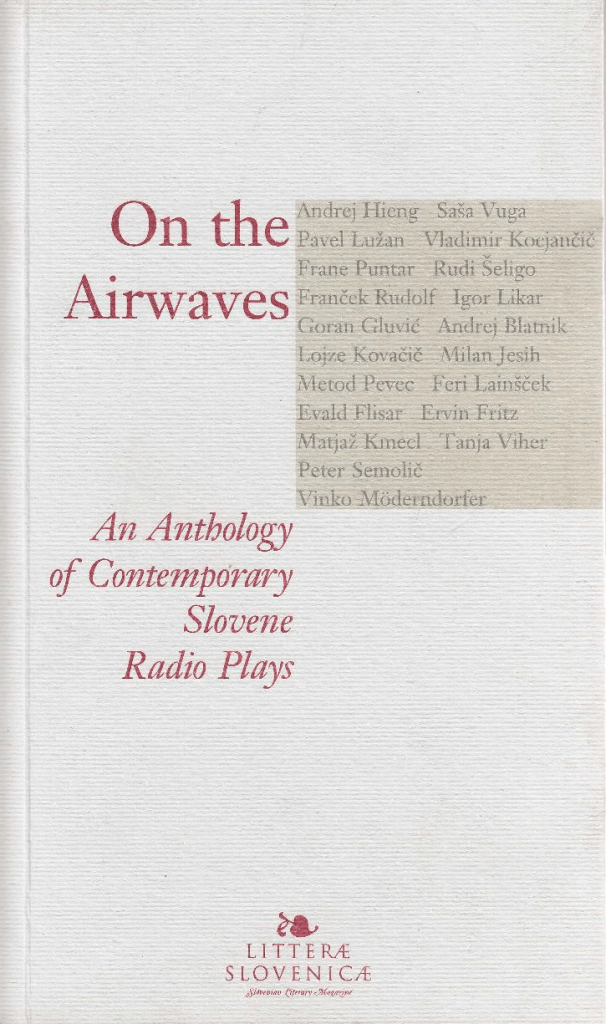 The appeal of the new medium – radio – combined with a regard for the artistic presentation of Slovene texts and a wish to obtain new audiences, led, in the second half of the 1930s, to the development of new dramas written especially for the radio. […] Today, the archives of Radio Slovenia contain more than 4,500 recordings of radio plays, whether for adults or children, by Slovene and foreign authors, and this number increases each year by about seventy new works. The archives also preserve texts and scripts by virtually all major Slovene writers and adapters, as well as the voices and creations of Slovenia’s greatest actors, our directorial triumphs, the original scores of composers, and recordings of theatrical performances.

Slovene radio plays, including works for children, have not only been well received by listeners; they have also enjoyed much critical acclaim. Their creators have been awarded many prizes at all kinds of competitions and festivals at home and abroad. […] Through direct exchanges on managerial and programming levels as well as at festivals, the Slovene radio play has contributed to world culture, as well. The works of Slovene authors have been broadcast on radio stations in most European countries and translated into many languages.

From the preface by Aleš Jan