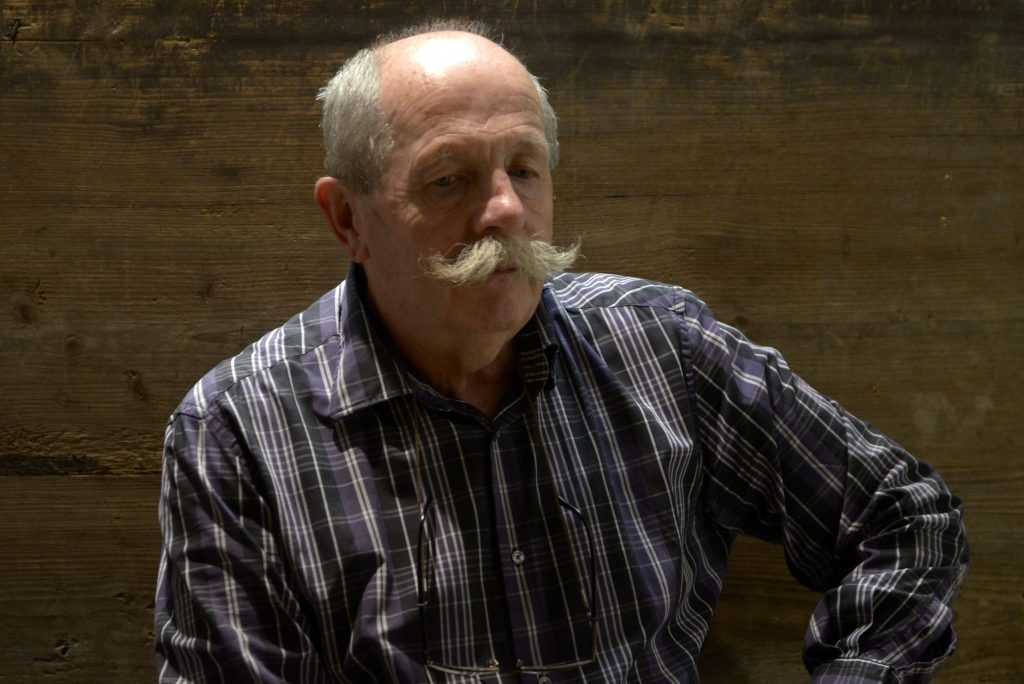 Milan Dekleva was born in 1946 in Ljubljana, Slovenia. He graduated in Comparative Literature and Literary Theory from the University of Ljubljana. He worked as an editor at RTV Slovenia and has worked as a journalist at Radio Študent, the Dnevnik and Tribuna newspapers in the past, while also collaborating with numerous Slovenian cultural organizations. Dekleva is a man of many talents, though he is best known as a man of letters, particularly as a poet, playwright, author of children’s stories, dramatist, and scriptwriter. He published twenty volumes of poetry, starting with Mushi mushi in 1971 and going on to Uglaševanje molka (Tuning silence, 2013), six novels – winning the 2006 Kresnik Award for the best Slovenian novel of the year for Zmagoslavje podgan (The Triumph of the Rats, 2005), two collections of short stories (Reševalec ptic (The Bird Rescuer, 1999) and Izkušnje z daljavo (Experiences with Distance, 2006), and two collections of essays, Gnezda in katedrale (Nests and Cathedrals, 1997) – awarded with the Rožanc Award for best book of essays, and O trnu in roži (About the Thorn and the Rose, 2002)). In addition to his literary achievements, Dekleva is also known as a rugby and water polo player (over 300 matches), a member of the Slovenian music band Salamander, and a theatre music composer.  His literary endeavours have won him numerous awards, among them the Jenko Award (1990), the Župančič Award (1995) and the Veronika Award (2008) for poetry, the Rožanc Award (1999) for the best book of essays, the Kresnik Award, the Prešeren Fund Award (1999), and the Prešeren Lifetime Achievement Award (2006).