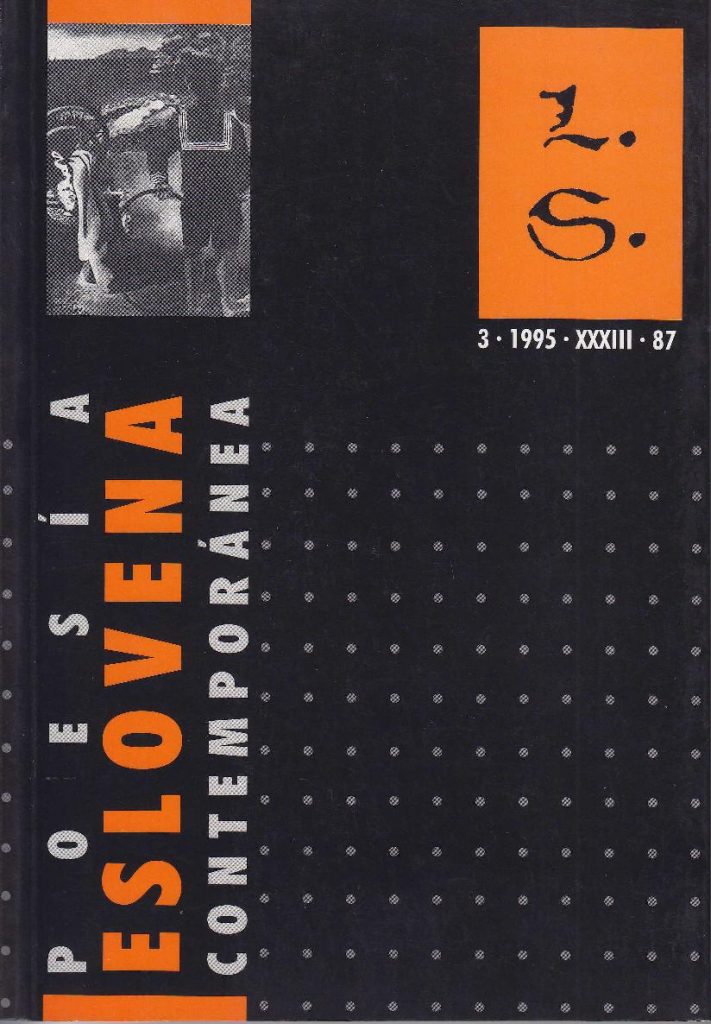 The edition Poesía eslovena contemporánea offers the Spanish-speaking readership a representative selection of Slovene poetry from the second half of the 20th century. It features all the key poet generations that shaped Slovene lyricism after the Second World War, a major breakpoint in Slovene literature.

Following the 1953 publication of the milestone collection The Poems of the Four (Kajetan Kovič, Janez Menart, Tone Pavček, Ciril Zlobec), whose intimist lyricism defied the prevalent tendencies of post-war social realism, space opened up for a thriving range of personal poetic voices. In the sixties, Slovene poetry became infused with modernism under the influence of artistic shifts in the West: the search for meaning, faith in fundamental ethical values and harmony of man’s condition are ousted by the absurd, by nihilism and existential uncertainly, themes reflecting in the lyricism of Gregor Strniša, Dane Zajc, Veno Taufer, Kajetan Kovič and Svetlana Makarovič.

In the second half of the sixties, Slovene poetry was characterized by a wave of neo-avantgarde, which further cranked up the sentiment of the absurd: poetry was no longer committed to the search for transcendental metaphysical knowledge, but instead became a place of ultimate freedom and language-play. A landmark in this regard was Tomaž Šalamun’s collection Poker (1966), which set out to radically break with tradition and proclaim a brand new, exuberant and erosive poetic language. Šalamun was followed by a generation of authors born around 1950 that in the words of Slovene literary historian Janko Kos developed an “autonomous world of pure spiritual intuition, aesthetic illusion, self-sufficient ironic play, and a resulting triumph over the alienation of nihilist reality, or, at the least, a sanctuary from its disorienting agency.” Poets such as Milan Dekleva, Milan Jesih and Boris A. Novak instilled vigour and wit into the Slovene poetical vessel with their postmodern gradients, a fine balance between sublime and everyday language.

The next generation of poets, born in the sixties, established postmodernism in Slovene poetry as a sole natural common denominator of a polyphony of poetical voices flourishing in the second half of the 20th century. It notably includes Aleš Debeljak, Alojz Ihan, Brane Mozetič, Jure Potokar and Uroš Zupan, authors who exemplify the vitality of the nation’s increasingly diverse poetic ideation.