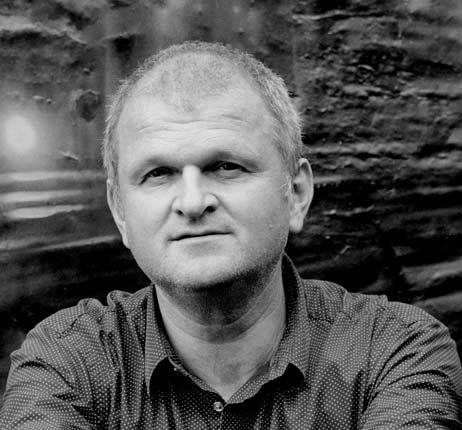 Jani Virk was born in 1962 in Ljubljana, Slovenia. He graduated from German and Comparative Literature at the Faculty of Arts. In 2014 he received his doctorate for his dissertation on the Middle Ages in contemporary literature and film. He is the author of seven novels, four books of short stories, a book of poems, a book of essays and a youth novel. He is also a translator of such authors as Gerhard Roth, Elias Canetti, H.C. Artmann, Thomas Bernhard, Goethe and Heinrich Böll. For more than three decades he has been active as a journalist, and, among other things, he was editor-in-chief of a daily newspaper, and acting director of Television Slovenia; for the past four years has been the editor of the drama programme for Television Slovenia. He is also the author of many documentary and travel films. He has received a number of Slovenian and international awards for his writing, including the Prešeren Fund Award. In the early 1990s the film Vaški učitelj (The Village Teacher) was made on the basis of one of his short stories. His books have been published, in translation, in Austria, Mexico, Serbia, Poland and Croatia, and they have also appeared in journals in many other languages.