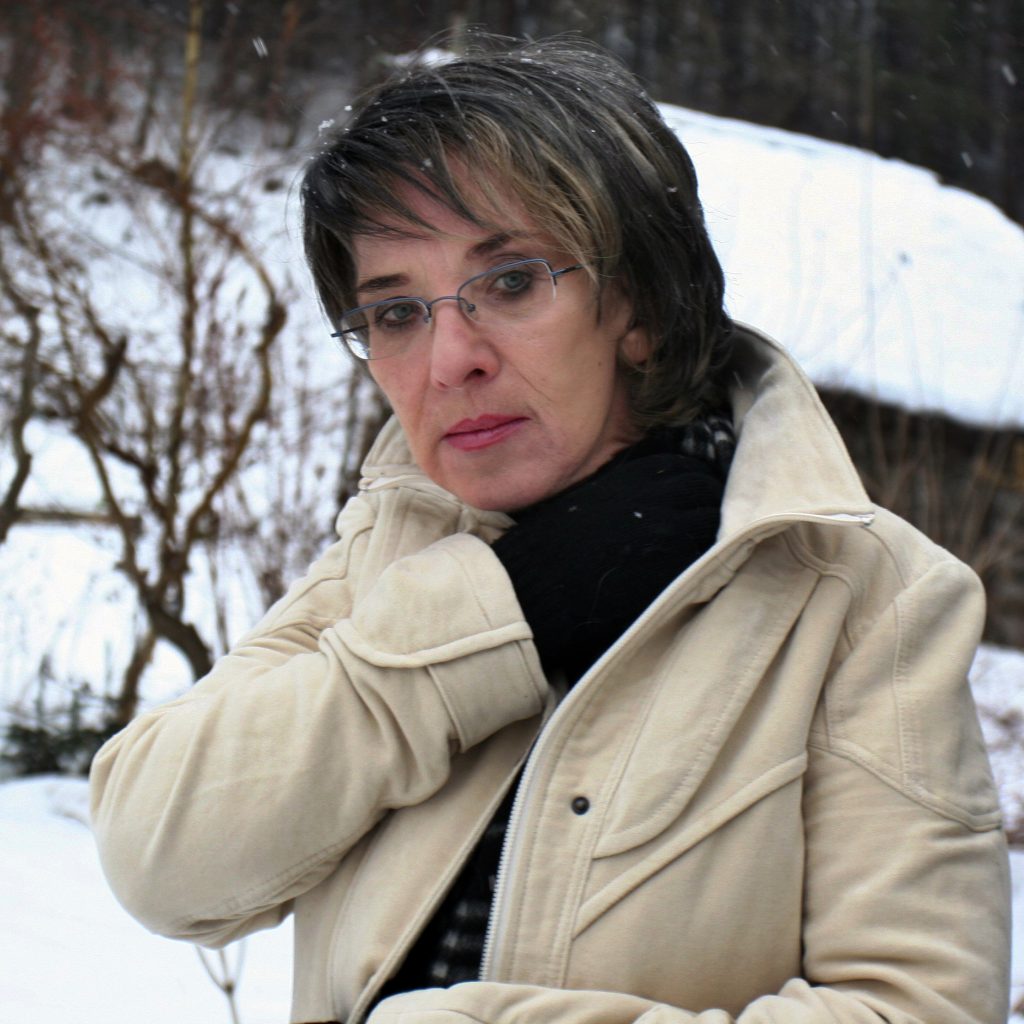 Svetlana Makarovič was born in 1939 in Maribor and started her career as a professional stage actress. Today she is a professional writer, poet, and one of the best-known Slovenian authoresses. Her poetry is traditional rather than avant-garde. The curiosity of her poetry lies in paraphrasing the motives and the tone of Slovenian folk poems, as well as in creating an obscure, balladic atmosphere. Her poems range from free to fixed forms. She has published several books of poetry: Somrak (Twilight, 1967), Kresna noč (The Midsummer Night, 1968), Volčje jagode (The Deadly Nightshades, 1972), Srčevec (The Heart Potion, 1973), Pelin žena (The Wormwood Woman, 1974), Sosed gora (Neighbour Mountain, 1980) and other. Makarovič is a relevant author for the younger generations: Pekarna Mišmaš (The Mišmaš bakery), Sapramiška (Sapramouse) ect. She has published more than thirty books and fifteen plays for children. She has received a number of awards for her work, among them the Prešeren Fund Prize for the poetry collection Vojskin čas (Time of War, 1976), the Jenko Prize for the poetry collection Tisti čas (That Time, 1994); she made the 1994 IBBY Honour List, received a Victor Award for lifetime achievemetn (2002), The Golden Order for Merits of the Republic of Slovenia, the Levstik award for lifetime achievement (2011) and the Zlatnik poetry award (2012). In 2000 she refused the largest national award Prešeren Prize. Her works have been translated into a number of foreign languages. The poet and comparative literature professor Boris A. Novak wrote of her: “Svetlana Makarovič is, by common consensus, the ‘first lady’ of modern Slovenian poetry. She is a complex, artistic personality, the author of an exquisite and expressively powerful poetry opus. If she wrote in a language with a ‘greater diffusion,’ she would undoubtedly rank among the leading names in European poetry of recent decades.”