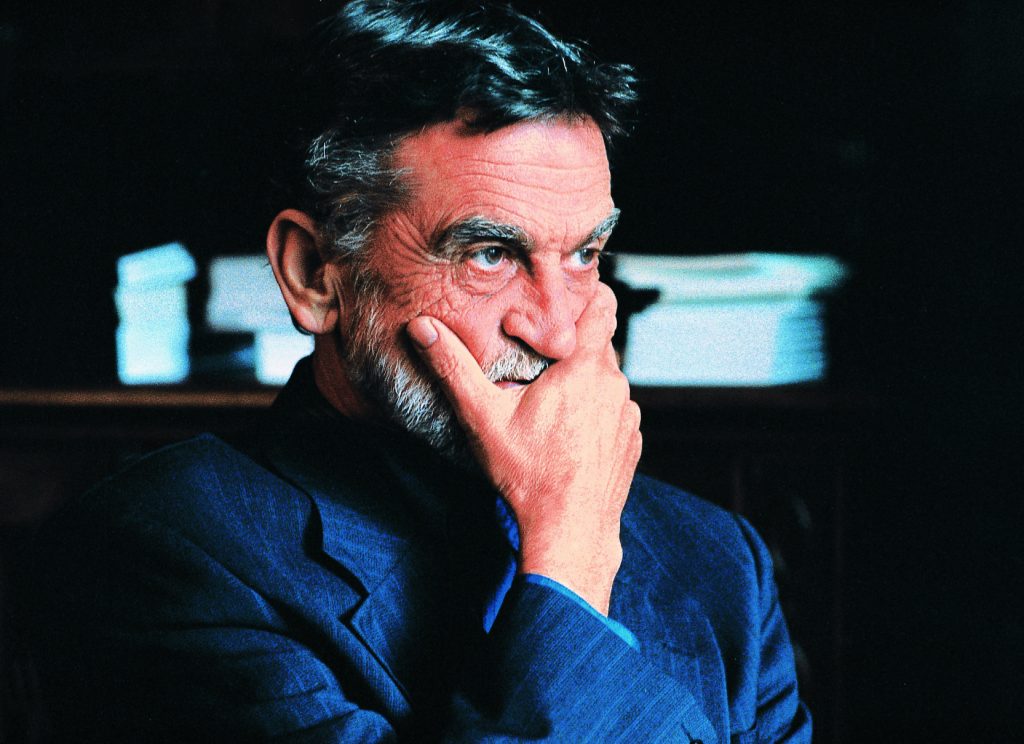 Writer, playwright, publicist and lecturer Rudi Šeligo was born in Sušak by Reka, Croatia in 1935. He graduated in Philosophy and Psychology at the Faculty of Arts in Ljubljana and later he obtained his MA in Aesthetics there. His first literary works were published in the magazines Tribuna and Naši razgledi, and later he published in Revija 57, Perspektive, Problemi, Katalog, and Nova revija. He was co-editor of Revija 57 (1957–1958) and Perspektive (1962–1964) and editor-in-chief of Problemi (1970–1971) and Znamenja at Obzorja in Maribor (1975–1978).

He received numerous awards for his literary accomplishments: the Prešeren Fund Prize for novel Triptih Agate Schwartzkobler (The Triptych of Agata Schwartzkobler, 1970), the Grum Award for his plays Svatba (The Wedding, 1981) and Ana (1984), the Prešeren Prize (1989) and the Kresnik Award for novel Izgubljeni sveženj (The Lost Bundle, 2003).His plays were significantly influenced by Harold Pinter.

Šeligo died in Ljubljana in 2004. From that year, the award for Best Performance at the Week of Slovenian Drama festival has been named after him: the Šeligo Award.