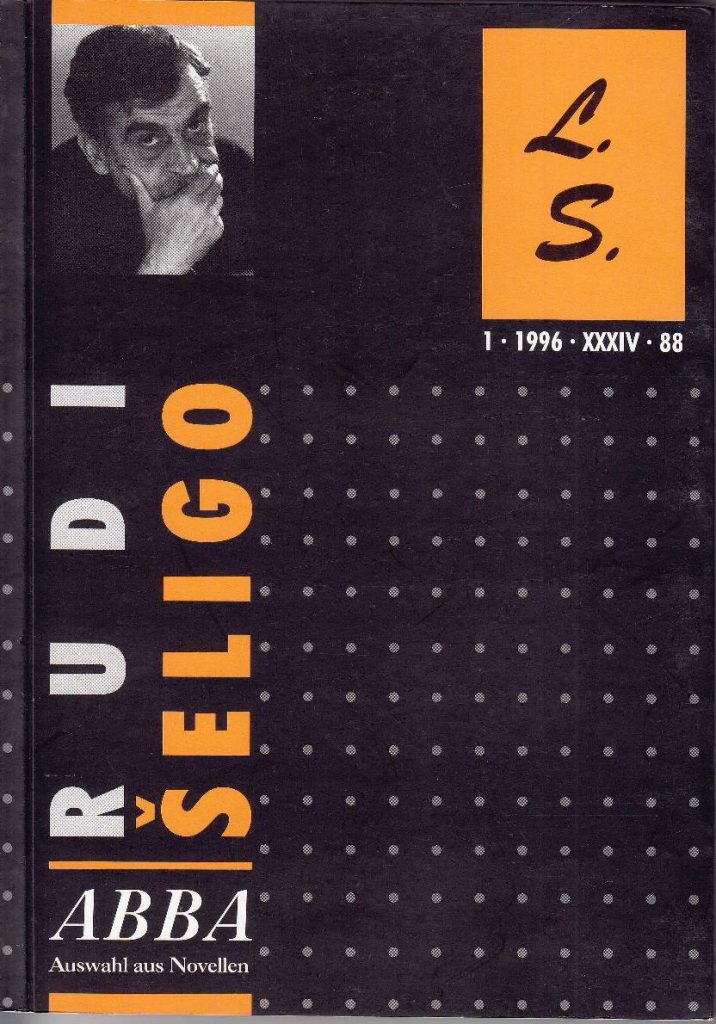 This collection of Šeligo’s short prose consists of seven short stories and novellas published between 1968 and 1995. Among them is the novella “Februar” (”February”), which was written already around 1960, when the term “reism” (reizem) was coined for this prose style. In the story “Vigilija ali konec vajenske dobe pesnikove” (A vigil or the end of the poet’s apprenticeship period), a late night drive through isolated terrain near Davča leads to a witches’ Sabbath in a clearing in the woods. “Abba,” a story set down by a prison inmate, ends suddenly with the description of the writing itself. These, as well as stories such as “Hleb” (A loaf of bread), “Razlika na ostrini noža” (The difference in the sharpness of the knife), and “Rešnja podoba” (A redemptive image), are impressive and very hermetic stories that bring to mind Kafka and Borges in that the references, temporal and spatial moorings are difficult to pin down. The indeterminacy of the vague and sombre settings, and the ever-recurring nightmarish landscapes, demand utmost concentration from the reader. Andrej Inkret dubbed these texts apocrypha, but at the same time also legends, before finally settling on “literature of an extraordinary form.” The volume closes with the rather autobiographical novella “Uslišani spomin” (Granted memory), which describes the arduous path of young Timotej Vidrih of Jesenice, his discovery of music, his learning to play the trombone, and the subsequent playing that ultimately leads to joys and the peaceful times of the old age, where he finds repose in the receptive delights of music. The two afterwords are by Andrej Inkret, originally published in the volume Molčanje (Remaining silent), and by Aleksander Zorn, who writes on Rudi Šeligo’s short prose.

Writer, playwright, publicist and lecturer Rudi Šeligo was born in Sušak by Reka, Croatia in 1935. He graduated in Philosophy and Psychology at the Faculty of Arts in Ljubljana and later he obtained his MA in Aesthetics there. His first literary works were published in the magazines Tribuna and Naši razgledi, and later he published in Revija 57, Perspektive, Problemi, Katalog, and Nova revija. He was co-editor of Revija 57 (1957–1958) and Perspektive (1962–1964) and editor-in-chief of Problemi (1970–1971) and Znamenja at Obzorja in Maribor (1975–1978).

He received numerous awards for his literary accomplishments: the Prešeren Fund Prize for novel Triptih Agate Schwartzkobler (The Triptych of Agata Schwartzkobler, 1970), the Grum Award for his plays Svatba (The Wedding, 1981) and Ana (1984), the Prešeren Prize (1989) and the Kresnik Award for novel Izgubljeni sveženj (The Lost Bundle, 2003).His plays were significantly influenced by Harold Pinter.

Šeligo died in Ljubljana in 2004. From that year, the award for Best Performance at the Week of Slovenian Drama festival has been named after him: the Šeligo Award.