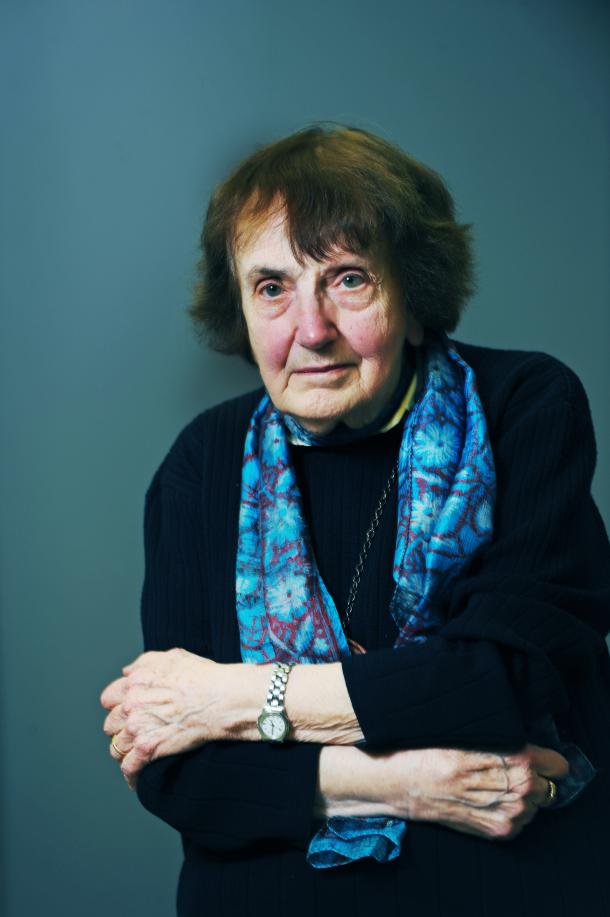 Translator, poet and journalist Jolka Milič was born in 1926 in Sežana. In 1947 she graduated from an Italian teaching school, attending extracurricular courses in Slovene and French. For a time she worked in a bank alongside Tončka Ravbar, the sister of Srečko Kosovel (Slovenia’s greatest avant-garde poet), and the two ladies indulged in extensive discussions on poetry. Due to her flourishing love for literature, Jolka abandoned the banking profession and embarked on a journey of artistic endeavour. Since 1954 she has been publishing critiques, essayist prose, poems, sketches, novella and translations in Slovene and cross-border periodicals. Her collection Poems (collage poems) appeared in the Pesniški listi edition of the Lipa publishing house in 1972. Jolka Milič translated a cornucopia of authors, a vast opus featuring over 170 poets and poetesses of Slovene and global literature. Among others, she transposed into Italian the verses of Srečko Kosovel, Edvard Kocbek, Ciril Zlobec, Ivan Minatti, Tomaž Šalamun, Marko Kravos and Josip Osti. In 2005, the Slovene Association of Literary Translators awarded her the Lavrin Diploma for lifetime achievement in the conveying of Slovene literature to foreign nations.