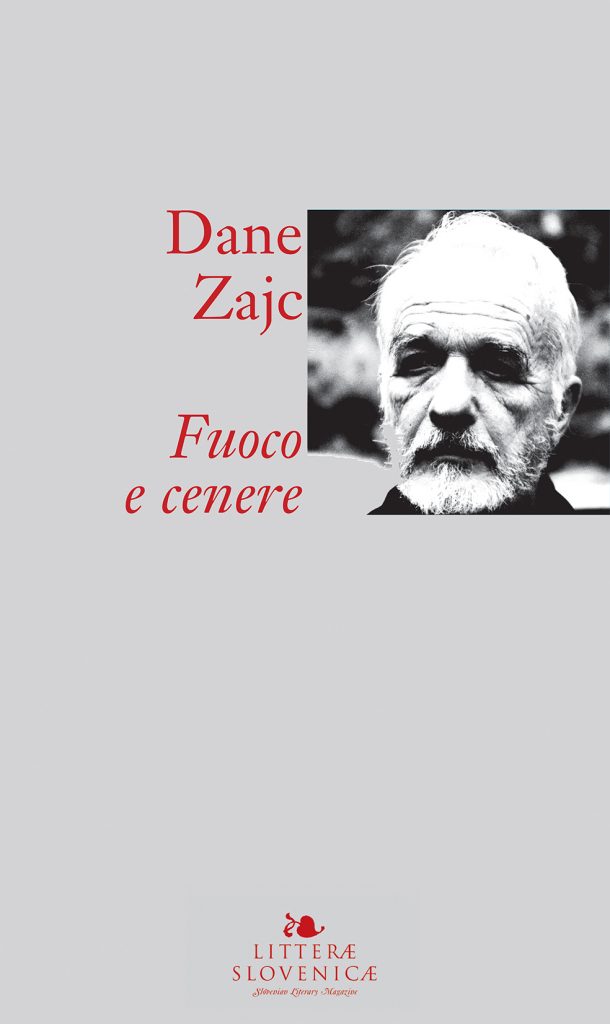 Dane Zajc belongs to the first post-war generation of poets who brought modernism to Slovene poetry. Sharing sentiments of a tense, sceptical and disillusioned worldview, they relinquished intimate testimony in lieu of an impersonal portrayal of reality on the charred ruins of the Second World War. On a formal level, their poetic expression broke grammatical rules, coalescing within free verse. This poet generation is remembered by the Slovene literary lore as the surrealists or neo-expressionists.
The lyrical world of Zajc is one of inescapable, constant duality and arising ever-incompletion, even antagonistic ambivalence – “a twofold void”, a twofold loneliness, a twofold language (one uttering, one mute). Though Dane, who was considered the most influential of Slovene modernists, is frequently portrayed as the “poet of existential dread, of despair and grim obsession with the suffering of man”, his verses sparkle with refined irony and bestial dark humour.
“Dane Zajc understands the paradoxes between the physical and the metaphysical the same way he understands the balance between pathos and the quotidian, between magic incantation and ironic, cold alienation. Zajc’s poetry does not entirely forego personal elements – a fallen partisan-brother, the mother figure – what remains central, though, is the natural landscape of things and his own “inability of expression”, making Zajc’s verse neither intimate confession nor propaganda. He consistently rejects political tendencies, any ideological engagement whatsoever, in fact, which – in the Communist era – won him the fame of a rebel poet”, writes Ilma Rakusa in her afterword to the Scorpions collection.

Dane Zajc, born 1929 in Zgornja Javoršica, Slovenia. Completed high school in Ljubljana, where, until his retirement, he worked as a librarian. Published his  first poems in the 1948/49 Mladinska revija and was later associated with other literary magazines (Beseda, Naša sodobnost, Revija 57, Perspektive, Problemi, Sodobnost, Nova revija). During the years 1991–95 he was President of the Slovenian Writers’ Association. He was a member of the Slovenian Academy of Sciences and Arts and winner of many awards, including the national Prešeren Prize for literature.

END_OF_DOCUMENT_TOKEN_TO_BE_REPLACED

Diomira Fabjan Bajc (1937) was born in Trieste. She began to work in earnest as a translator in the 1970s, translating for the most part from Slovenian into Italian. From 1959 to 1961 and from 1966 to 1973, she taught Italian at various Slovenian secondary schools; from 1973 to 1988 she was a professor at the France Prešeren high school. In the years 1983–86, and after 1989, she has taught translation from Slovenian to Italian at the Faculty of Interpreters and Translators in Trieste. She has translated many Slovenian authors into Italian, including Ivan Cankar, Matjaž Kmecl, Branko Marušič, Zofko Kveder, and Boris Pahor, etc. She is a member of the Association of Slovene Literary Translators.

Translator, poet and journalist Jolka Milič was born in 1926 in Sežana. In 1947 she graduated from an Italian teaching school, attending extracurricular courses in Slovene and French. For a time she worked in a bank alongside Tončka Ravbar, the sister of Srečko Kosovel (Slovenia’s greatest avant-garde poet), and the two ladies indulged in extensive discussions on poetry. Due to her flourishing love for literature, Jolka abandoned the banking profession and embarked on a journey of artistic endeavour. Since 1954 she has been publishing critiques, essayist prose, poems, sketches, novella and translations in Slovene and cross-border periodicals. Her collection Poems (collage poems) appeared in the Pesniški listi edition of the Lipa publishing house in 1972. Jolka Milič translated a cornucopia of authors, a vast opus featuring over 170 poets and poetesses of Slovene and global literature. Among others, she transposed into Italian the verses of Srečko Kosovel, Edvard Kocbek, Ciril Zlobec, Ivan Minatti, Tomaž Šalamun, Marko Kravos and Josip Osti. In 2005, the Slovene Association of Literary Translators awarded her the Lavrin Diploma for lifetime achievement in the conveying of Slovene literature to foreign nations.