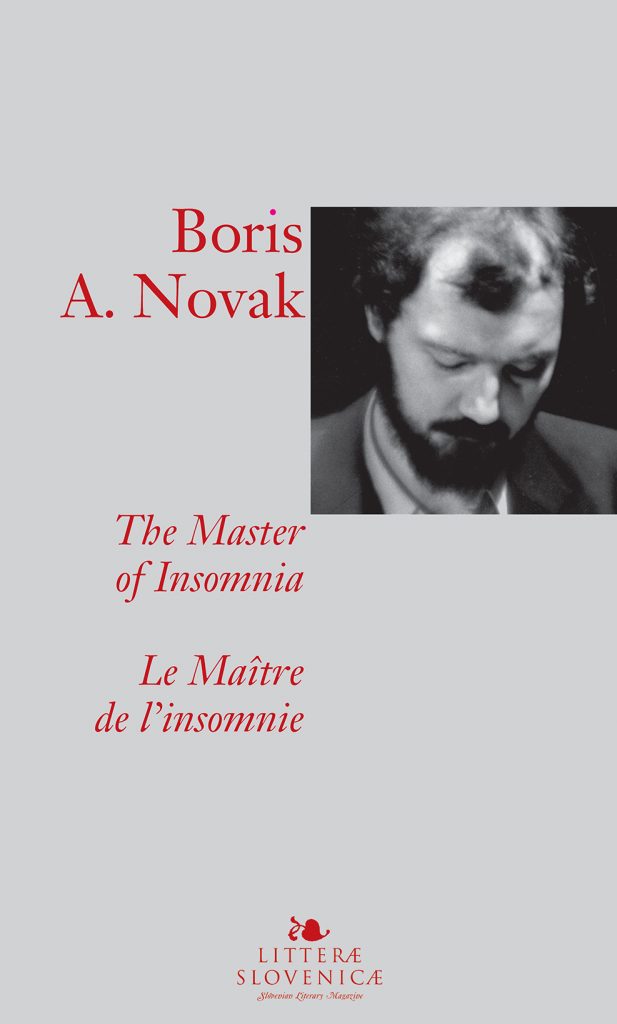 In his poetry, Boris A. Novak, making use of formal discipline and aesthetically attractive linquistic methods, imaginatively explores the depths of his central obsession: the pursuit of the mysterious connection between the “sounds” and the “meanings” of words. In other words, he seeks nothing less than poetry’s true source. His poetic language successfully appropriates everyday words, using them in new combinations and coaxing out of them unrealized possibilities. He thus allows us to see how the limits of the known can be broadened by extending the limits of what is said.

Boris A. Novak is a poet who understands that hope and fear provide both individual and collective access to a narrative method by which “the soul of generation after generation seeks the way.” In the miraculously polished verses of The Master of Insomnia, the poet conquers his at times exaggerated emphasis on form and weds form and content with a magical equilibrium. The Master of Insomnia exists because devastation won’t let him sleep. The poet doesn’t know sleep because he is the witness of the world: not for an instant will he be lured into the magic circle of dreams. His wide-open eyes must watch over both the beauty of this life and the horror of its destruction.

Boris A. Novak, a migrant between literary-historical periods and between poetic idioms, had come liberatingly close to accepting migration as a key process that defines the human condition in a world of shifting borders and apocalyptic premonitions. Bearing witness to the evil aspects of humanity may be, in the end, the only foundation for a hope that they can be transcended. Boris A. Novak’s political engagement, personal experience, and, above all, his sophisticated lyrical voice offer such a foundation.