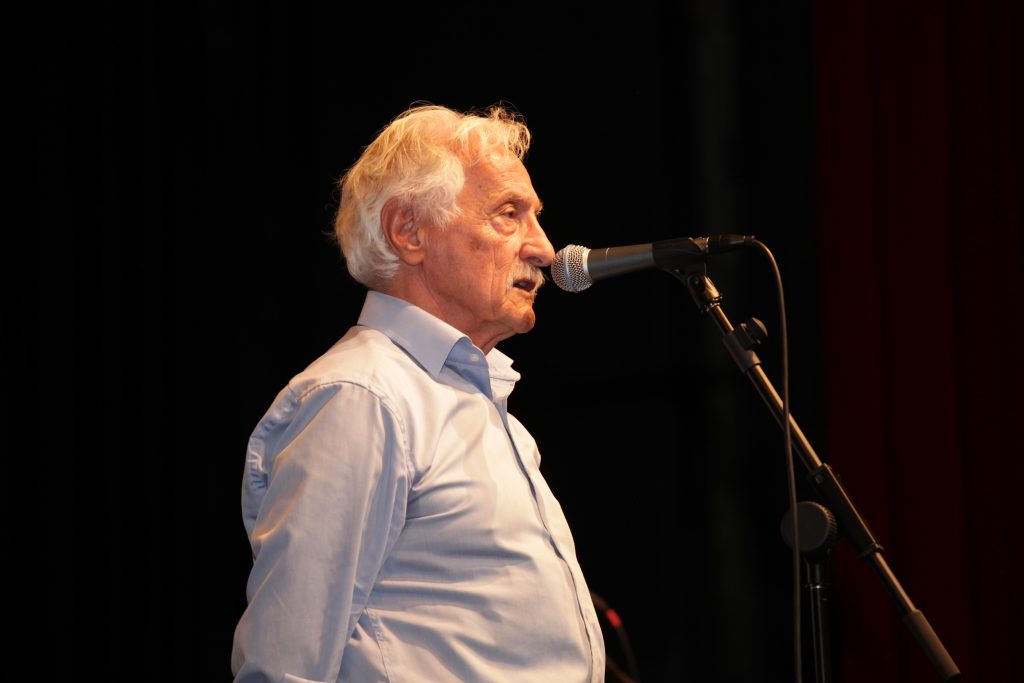 Veno Taufer was born in 1933 in Ljubljana, Slovenia.  He is a poet, playwright, essayist, translator. In 50ties and 60ties editor and contributor to some literary magazines which were banned. In 1985 he founded the International Literary Festival Vilenica, an important engagement for the democratization in Central Europe.1989  was co-founder of the first Slovenian democratic party and co-author of the 1989 May Declaration, the basic document of the pluralistic democracy and independence of Slovenia.

Taufer has published 17 poetry collections of which the first one, Leaden Stars,1958, had to come out as a “samizdat”. The latest were Flakes, 2000, Beseechings, 2003, Letter in a Bottle, 2006. This year in the early autumn are coming out his Collected Poems. He is author of several books of plays and books of essays and translator of more than fifty  books of poets ( T.S.Eliot, E. Pound, Wallace Stevens, G.M.Hopkins, Ted Hughes etc.)