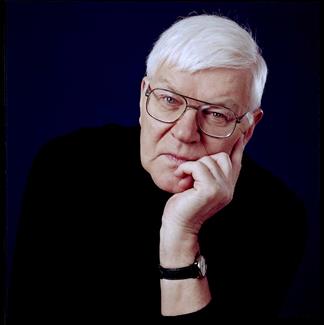 Kovič started writing poetry in high school and published his first poems in 1948. Along with Janez Menart, Tone Pavček and Ciril Zlobec, he authored the collective poetry collection Pesmi štirih (The Poems of Four, 1953), which was republished many times and which is the most important work of Slovenian intimism. From intimism, Kovič gradually moved towards modernism, and yet his works remains classically formal. His many poetry collections include the 1956 collection Prezgodnji dan (Premature Day), Labrador (1976), various selections from his oeuvre, and Lovec (The Hunter), a 1993 volume illustrated by Jože Ciuha Pesmi. He also wrote a number of prose works, including four novels – Ne bog ne žival (Neither God nor Animal; 1965), Tekma (The Match; 1970), Pot v Trento (The Path to Trento; 1994) and Profesor domišljije (The Professor of Imagination; 1996) – and the story collection Iskanje Katarine (Seeking Katarina; 1996). He also wrote several bestselling children’s books, many of which have become woven into the national fibre, especially the 1975 classic Maček Muri (Muri the Cat), which has been often staged and filmed; in 1982 there was a Maček Muri radio play, and in 1984 a record appeared under the title Maček Muri in muca Maca (Muri the Cat and Pussy Cat), with music by Jerko Novak and sung by Neca Falk.

Kajetan Kovič was also one of the most important Slovenian translators, especially from German, but also from Serbian, Croatian, Hungarian and French. He is renowned for his translations of Paul Eluard, Rainer Maria Rilke, Georg Trakl, Stefan George, Stevan Raičković, Endre Ady and Vladimír Holan. With Jože Hradil he put together an anthology of 20th-century Hungarian poetry (1977) and with Niko Grafenauer he published a book of 20th-century German poetry (1988).

He received a number of awards for his works, among them, the Prešeren Fund Prize (1967), the Sovre Award for literary translation (1972), the Prešeren Prize (1978), the Jenko Award for poetry (1993) and the Central European CET award in Budapest in 2002. His books have been translated into German, Hungarian, Croatian, Greek, Macedonian, Czech, Slovak, Italian, Serbian, and other languages. He died in Ljubljana in 2014.