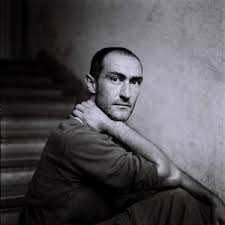 Andrej Morovič, born in Ljubljana in 1960, is of a restless, socially committed, and individual spirit. He is an author, a cineaste, a photographer, a reporter, and a former organizer of renowned cultural events and festivals like Živa književnost, Slovenski dnevi knjige, Karantena, Kontradibidon, Trabakula, Gromki festival, Festival v okviru Evropskega meseca culture 1997, anniversary festivals in AKC Metelkova mesto, etc.

After he finished high school, he spent some time in Italy, France, Australia, the USA, Britain, Spain, Northern Africa, but mostly in Berlin, Germany, where he took the time beside his various jobs to get to know those local cultures he describes in his fiction. At least a part of his work could therefore be categorized as contemporary urban prose about the socially marginalized and rebels.

Now he lives between Africa and Ljubljana.

In 1987, he received the prize of the Slovene Book Fair for Best Debut, and in 1992 he won the Golden Bird Award.