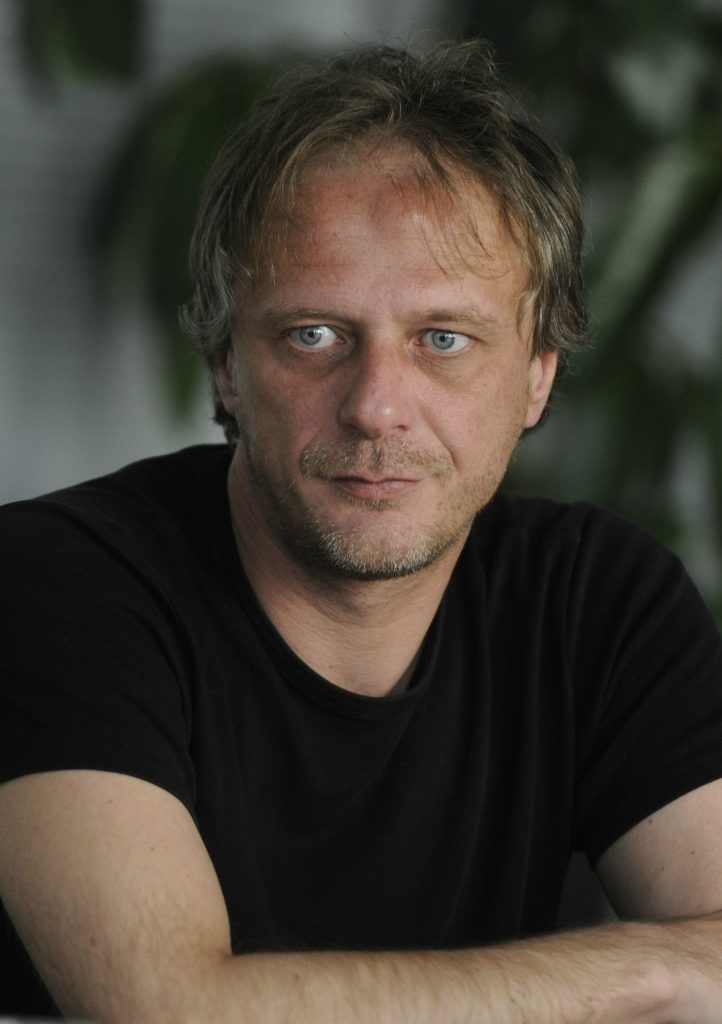 Aleš Čar is a Slovenian writer, screenwriter and editor. Čar was born in 1971 in Idrija in the Goriška region in western Slovenia. He studied comparative literature and works as an editor in Ljubljana. For a while he was editor-in-chief of the (now dormant) magazine Balkanis and hosted a talk show about the arts on Slovenian national television. For five years he worked as an editor in the culture section of the Slovenian daily Dnevnik and the next two years as an editor-in-chief of Objektiv (the most read Saturday edition of Dnevnik). In 1997 he won Best Debut Novel Award awarded by the Union of Slovenian Publishers and Booksellers for Igra angelov in netopirjev (When Bats Dance with Angels, 1997). His latest novel, O znosnosti (On Tolerability, 2011), was one of the five finalists for the 2012 Kresnik Prize for the best Slovenian novel.