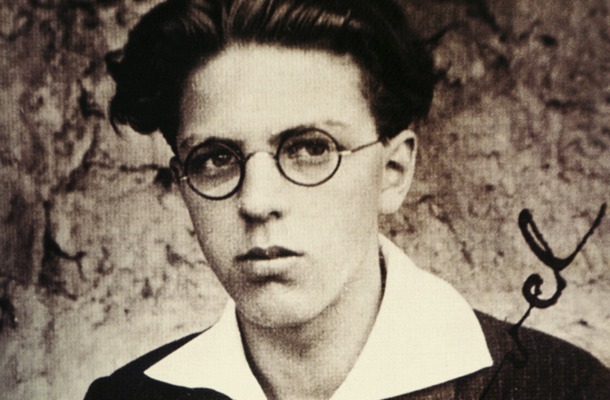 Srečko Kosovel (1904–1926) is our nation’s most eminent poet after the Slovene ‘moderna‘ period (1899–1918). He grew up in Tomaj in southwest Slovenia, a fascinating Karst landscape that left a profound mark on his creative expression spanning poems, essays and short prose. His verses first emerged while he was in secondary school, appearing in student journals and literary magazines. He was the co-founder of the student literary drama society Ivan Cankar named in honour of the greatest Slovene writer, which published the magazine Mladina (Youth) featuring Kosovel’s essays.
The prolific youth began writing in the style of then-influential moderna, particularly the impressionism of Josip Murn. His early motifs were the Karst landscape idyll, the mother figure and the transience of human life, infused with a variety of symbolical meanings. The greatest part of his oeuvre sings of the land, earning him the moniker “the Lyricist of the Karst”. His poems invoke subtle sensations swelling into metaphors of national peril, motifs expressing romantic love, longing for his family and lingering premonitions of death. As he matured, Kosovel embraced expressionism, developing a visionary social and religious ideation focused on the central idea of the personal and collective apocalypse as a precursor to catharsis and, finally, the creation of a new ethos, a “new dawn”. Many of his poems deal with social injustice, the looming darkness of European political future as he saw it, and the inevitability of a paradigm-shifting global transformation. The most curious part of Kosovel’s opus are his so-called constructivist poems (the ‘Kons‘) published in the collection Integrali (Integrals), which to this day stand as one of Slovene poetry’s most avant-garde expressions.
Kosovel was of fragile health, tragically passing away at the age of twenty-two. His brief lifetime did not coincide with a publication of a poetry collection. The first one appeared in 1927 with his early poems Pesmi (Poems), followed by Izbrane pesmi (Selected Poems, 1946), Zlati čoln (The Golden Boat, 1954), Integrali ’26 (Integrals, 1967) and Ikarjev sen (Icarus’s Dream) compiled in 2004, on the 100th anniversary of his birth.
The complete range of his celebrated works today appears in three volumes of Srečko Kosovel’s Collected Works (1946–1977). In addition to sublime verse, he also wrote youth literature, published in the book Sonce ima krono (The Sun Wears a Crown), with a selection of children’s poems appearing in Naša bela mačica (Our White Willow Catkin).