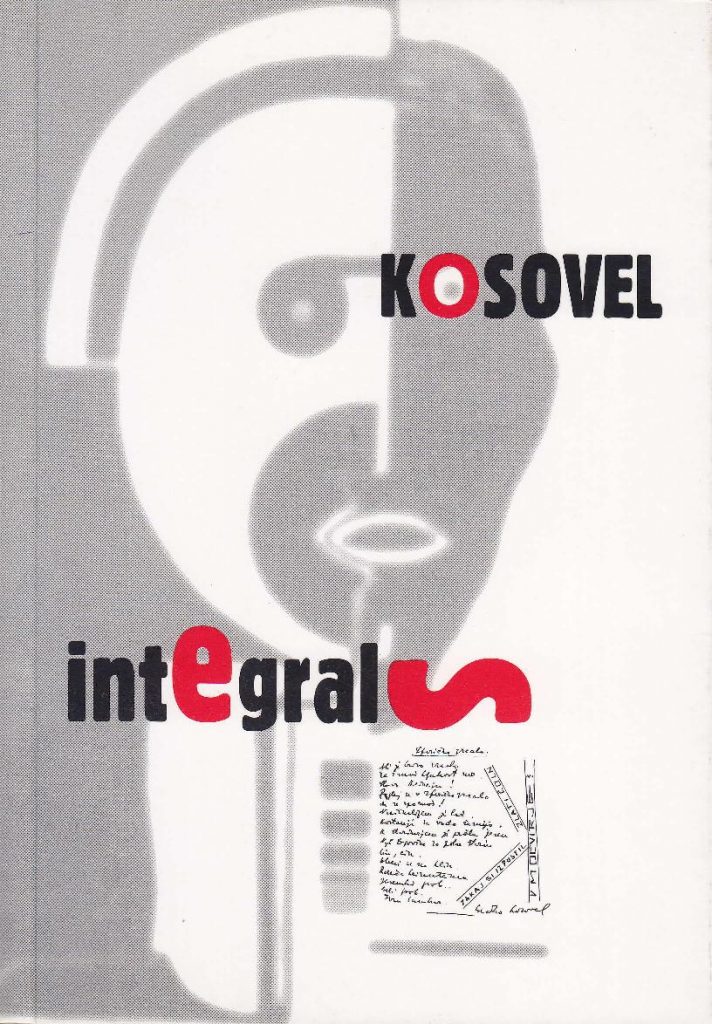 During his lifetime Srečko Kosovel published no more than forty-odd poems, but he nevertheless became one of the few canonized Slovene poets and a widely praised and prominent representative of the Slovene “historical avant-garde”.
Kosovel’s poetry collection Integrals emerged as the summit of his art, a distinctive phenomenon in wider Central European literature. Departing from established poetry forms and conventions, its exceptional originality made waves in the European literary currents of the 20th century.
“Integrals contain experimental poems beyond Kosovel’s impressionist or expressionist phases. Anton Ocvirk, their editor, arranged them into four themed clusters: the first focusing on antagonisms in Europe, the second on the fare of Slovenes threatened by foreign rule, the third on Kosovel’s new lyrical poetry, and the final on chaos and a cosmos permeated by visions of death. In spite the editor’s conviction that poems selected in Integrals were purely “constructivist”, the edition reveals an essentially syncretic nature: fundamental expressionist elements merging with dadaist, surrealist and explicitly futurist strokes,” writes Nike Kocijančič Pokorn in the book’s preface.
The image of the New European Man taking centre stage in Kosovel’s Integrals is the image of man shaped by the philosophical thought of Friedrich Nietzsche. Starting with deconstruction, venturing across ‘the bridge of nihilism’, Kosovel settled in constructivism on consistent ethical grounds, fanning the development of the literary movement on the European scale. His Kons poems (Konsi in plural) remain singular even within it, due to their idiosyncratic displacement of time and space, the use of self-quotation, interventions of melodious language he called ‘velvet lyricism’ to effect semantic breaks, and Kosovel’s orientation in ‘fluid philosophy’. His Konsi form the pinnacle of European constructivism, breathing life and flair into the movement beyond the borders of the Soviet Union.

Srečko Kosovel (1904–1926) is our nation’s most eminent poet after the Slovene ‘moderna‘ period (1899–1918). He grew up in Tomaj in southwest Slovenia, a fascinating Karst landscape that left a profound mark on his creative expression spanning poems, essays and short prose. His verses first emerged while he was in secondary school, appearing in student journals and literary magazines. He was the co-founder of the student literary drama society Ivan Cankar named in honour of the greatest Slovene writer, which published the magazine Mladina (Youth) featuring Kosovel’s essays.
The prolific youth began writing in the style of then-influential moderna, particularly the impressionism of Josip Murn. His early motifs were the Karst landscape idyll, the mother figure and the transience of human life, infused with a variety of symbolical meanings. The greatest part of his oeuvre sings of the land, earning him the moniker “the Lyricist of the Karst”. His poems invoke subtle sensations swelling into metaphors of national peril, motifs expressing romantic love, longing for his family and lingering premonitions of death. As he matured, Kosovel embraced expressionism, developing a visionary social and religious ideation focused on the central idea of the personal and collective apocalypse as a precursor to catharsis and, finally, the creation of a new ethos, a “new dawn”. Many of his poems deal with social injustice, the looming darkness of European political future as he saw it, and the inevitability of a paradigm-shifting global transformation. The most curious part of Kosovel’s opus are his so-called constructivist poems (the ‘Kons‘) published in the collection Integrali (Integrals), which to this day stand as one of Slovene poetry’s most avant-garde expressions.
Kosovel was of fragile health, tragically passing away at the age of twenty-two. His brief lifetime did not coincide with a publication of a poetry collection. The first one appeared in 1927 with his early poems Pesmi (Poems), followed by Izbrane pesmi (Selected Poems, 1946), Zlati čoln (The Golden Boat, 1954), Integrali ’26 (Integrals, 1967) and Ikarjev sen (Icarus’s Dream) compiled in 2004, on the 100th anniversary of his birth.
The complete range of his celebrated works today appears in three volumes of Srečko Kosovel’s Collected Works (1946–1977). In addition to sublime verse, he also wrote youth literature, published in the book Sonce ima krono (The Sun Wears a Crown), with a selection of children’s poems appearing in Naša bela mačica (Our White Willow Catkin).

END_OF_DOCUMENT_TOKEN_TO_BE_REPLACED

Katarina Jerin (1967) is a freelance translator. She has translated several literary works into the Slovenian language, such as Ishiguro’s Ne zapusti me nikdar (Never Let Me Go) and Zgodovina ljubezni (History of Love) by Nicole Krauss, autobiographies (Kieslowski, Von Trier, and Kurosawa) and theoretical works, such as Steiner’s Smrt tragedije (Death of Tragedy) and Milgram’s Poslušnost avtoriteti (Obedience to Authority), as well as articles from a wide variety of fields, mainly feminist themes, literary theory and archaeology.

But her main career and passion lie in subtitling for television, where she feels most at home. She has translated well over one thousand titles, ranging from blockbuster movies, musicals and literary series to sitcoms and documentaries. In 2017 she received the DSFTP (The Association of Slovenian Film and Television Translators) award for her translation of the BBC’s historical drama, Wolf Hall.