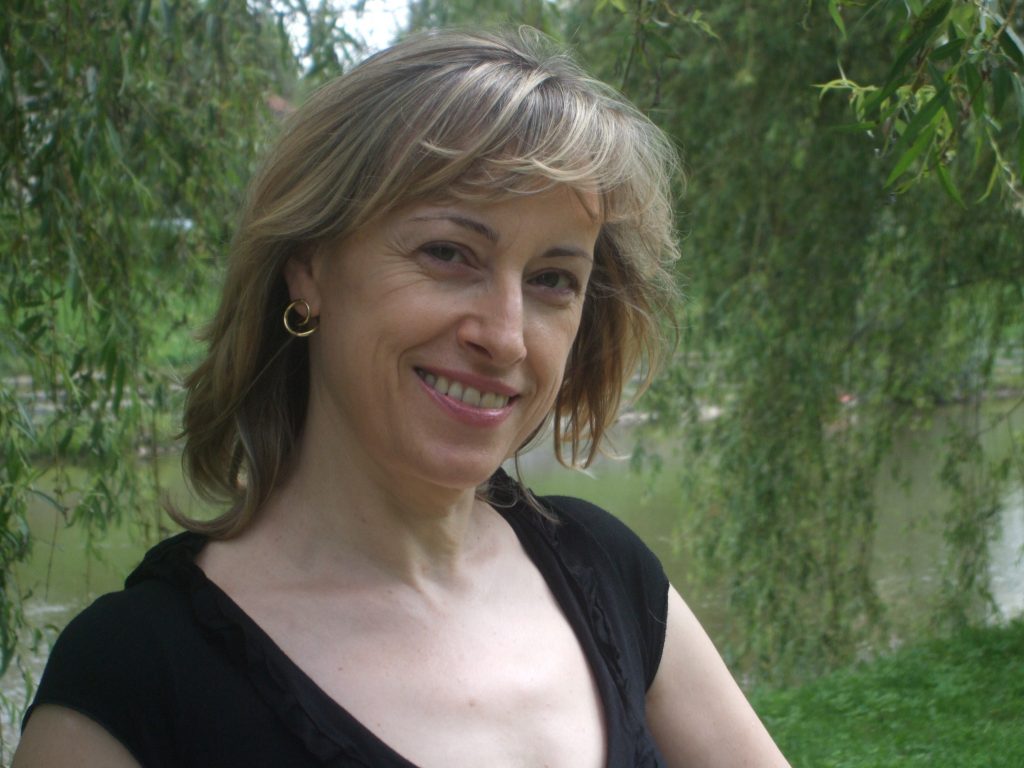 Modus vivendi of Miriam Drev, a poetess, writer, literary translator from English and German as well as a literary critic and publicist born in Ljubljana, Slovenia, are books. She has translated more than ninety of them and many famous authors were issued in the Slovene language for the first time on her initative.

She graduated from the Faculty of Arts, Dept. of comparative literature and English. With her family she spent seven years in Vienna where her book for children Šviga gre lužat (Šviga does Wee-Wee, 1995) was written as was in part also her first book of poems Časovni kvadrat (Time’s Square, 2002). The poetry collections Rojstva (Births, 2007), Vodna črta (Water Line, 2008) and Sredi kuhinje bi rasla češnja (In the Kitchen a Cherry Tree Would Grow, 2012) followed.

Miriam Drev wrote two novels: V pozlačenem mestu (In the Gilded City, 2012) and Nemir (Restless, 2014). Her poems have been translated into English (Voices of Slovene Poetry3), Italian, German, Polish, Czech, French and Croatian and are published in several anthologies of the Slovene poetry as well as in literary magazines abroad. In 2014 and 2016 she was among the nominees for the literary award »Mira«, PEN.