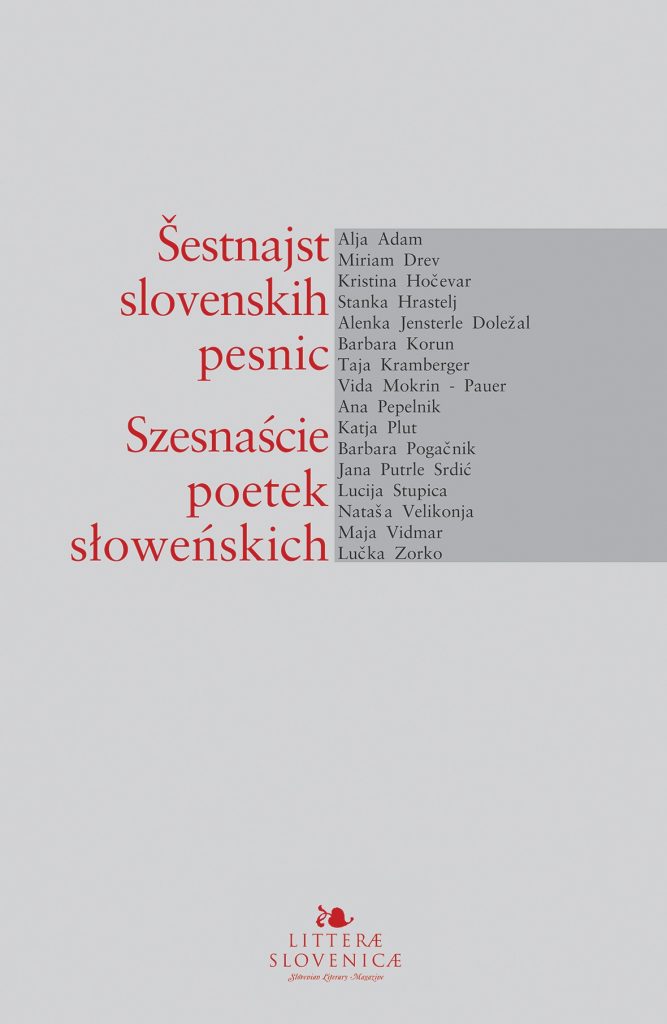 The bilingual Slovene-Polish anthology Sixteen Slovene Female Poets is the first-ever selection of contemporary Slovene poetesses in Polish. […] Deciding for an anthology that features exclusively female poets was encouraged by the fact that Slovene female authors (writers as well as poets) have published significantly fewer Polish translations than their male counterparts. Bibliographical statistics on Slovene literary translation between 1990 and 2016 reveal that the complete number of magazine publications of Slovene poetry and literature in Polish was 216, of which there were 8 works by female writers and 13 by female verse-makers. Collections, likewise, till now included precious few Slovene poetesses. […] The anthology at hand thus presents the contemporary lyricism of female Slovene poets born around 1960 and later. It was distilled from a broad list of authors who, in the editors’ minds, effect, or show potential to effect, far-reaching shifts in Slovene poetry (and consequently society).

From the preface by Agnieszka Będkowska-Kopczyk, Michał Kopczyk and Tatjana Jamnik.