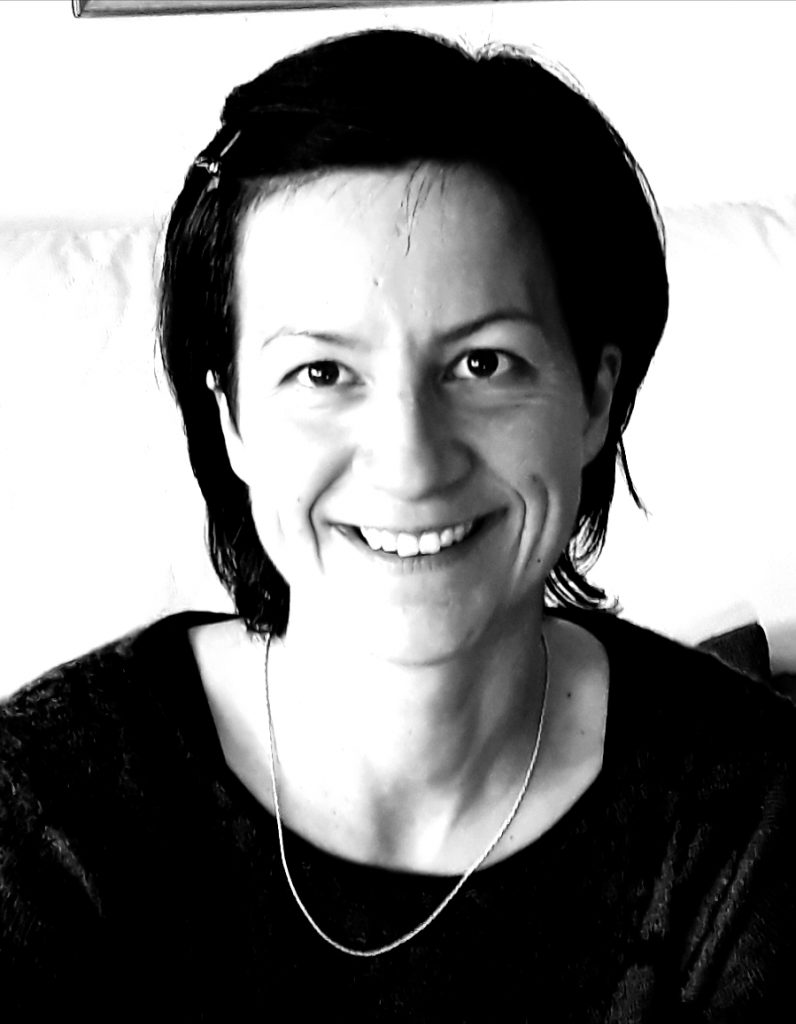 Kristina Hočevar (1977) graduated from Slovenian and General Linguistics at the University of Ljubljana’s Faculty of Arts. She teaches Slovenian, and also works as a proofreader. She is the author of five poetry collections: V Pliš (Into Plush, 2004), Fizični rob (The Physical Edge, 2007), Repki (Little Tails, 2008), Nihaji (Oscillations, 2009), Na zobeh aluminij, na ustnicah kreda (Aluminium on Teeth, Chalk on Lips, 2012) and Naval (The Rush, 2017). Repki received the Golden Bird Award, and the collection Aluminium on Teeth, Chalk on Lips won the Jenko Award, bestowed by the Slovene Writers’ Association. In 2014, her 3 way art book – Trosmerna knjiga umetnika was published, a book in which her poetry sits alongside graphic art by Gorazd Krnac. Her poems have been included in various anthologies and have been translated into several languages.