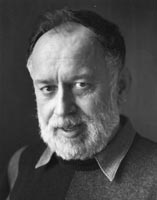 Andrej Inkret was born in Celje, Slovenia in 1943. After he had completed his “matura” at the Grammar School Celje in 1962, he enrolled at the Department of Dramaturgy at the Academy for Theatre, Radio, Film and Television (AGRFT) in Ljubljana, where he graduated in 1968. He worked as a dramaturge and a proofreader at Drama in Ljubljana and later as a journalist and a critic in the culture editorial section of Delo. He was also on the editorial board of Tribuna, Perspektive, and Problemi. In the 1990s, he was the Dean of AGRFT. In the course of four decades, Inkret followed and critically observed the productions of all Slovenian theatres, which resulted also in a number of comprehensive monographs and works on modern theatre development. He also authored several studies of individual works, as well as opuses of Slovenian authors. During the 1970s, he covered prose, essays, and drama for Naši razgledi, and he published three editions of reviews and essays: Spomini na branje (Reading Memories; 1977), Novi spomini na branje (New Reading Memories; 1980) and Izbranci (Selected Ones; 1990). He also studied the literary and political opus of Edvard Kocbek, which resulted in nine editions of collected works between 1991 and 2008. Inkret received the Prešeren Fund Award for his Spomini na branje and Novi spomini na branje (1981), as well as the Sterija Award for Theatre Review in Novi Sad, Serbia (1981). He died in 2015.