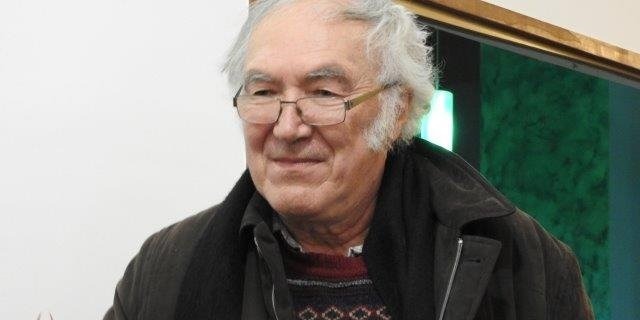 Aleš Berger was born in 1946 in Ljubljana, Slovenia. He obtained a degree in Comparative Literature and French from the Faculty of Arts at the University of Ljubljana. For thirty years, he was head of the adult translation programme at the Mladinska knjiga publishing house, editing some of the definitive collections of Slovenian publishing (such as the Lirika Series). In addition, he has written theatre criticism for various media. He is a prolific translator from French (Apollinaire, Char, Cioran, Beckett, Breton, Césaire, Lautréamont, Prévert, Queneau) and Spanish (Borges, García Lorca). He has translated over fifty plays, ranging from Molière to Koltès. He is known as the author of the collections of essays Krokiji in beležke (Sketches and Notes, 1998) and Omara v kleti (Drawer in the Cellar, 2011), the plays Zmenki (Dates, 2006) and Noji nad Triglavom (Ostriches over Triglav, 2011), the collections of poetry for children Nono z Bleda (Grandpa from Bled, 2010) and Vnučki ropotuljčki (Grandtoddlers with Rattles, 2012) and the volumes of prose Zagatne zgodbe (Embarrassing Tales, 2004) and Povzetki (Abstracts, 2016). He has received many awards for translation, essays and publishing, such as the Sovre Award (1983) for his translation of Raymond Queneau (1983), the Prešeren Fund Prize for the translation of Comte de Lautréamont’s Les Chants de Maldoror (1987), the Župančič Award (1993), the Rožanc Award for the collection of essays Krokiji in beležke (Sketches and Notes, 1998), and the Schwentner Prize for work in publishing (2008).