The Self-Sown & Passion above the Principle 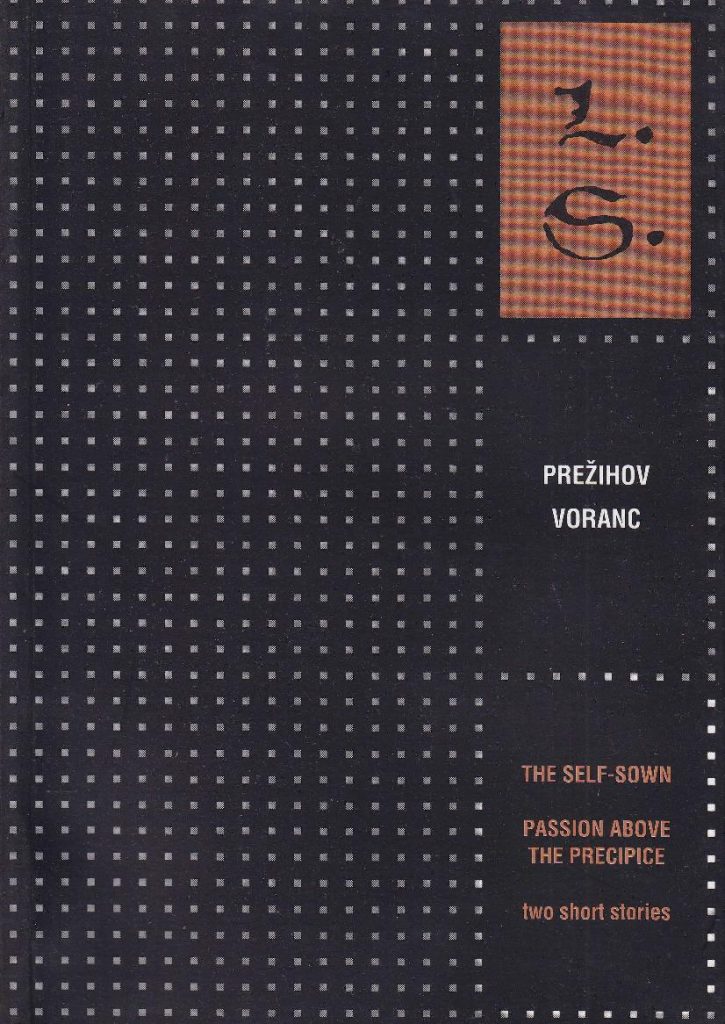 Samorastniki (The Self-Sown), the first featured story, is considered the pinnacle of Prežihov Voranc’s artistic achievement. It centres on the universal problem of unwed motherhood, exposed and analysed within the socio-economic context of a small rural segment of nineteenth-century Slovene society. Marriage laws and customs have, of course, almost universally condemned births out of wedlock, with varying degrees and forms of humiliation administered in different times and places. The same medieval spirit of ignorance that spawned witch hunts also imposed measures, often barbaric, on single mothers up until the very recent past. Their offspring, likewise, suffered historical social and legal abuse. In Prežihov Voranc’s tale, both these aspects are sharply dissected: the agony of the unwed mother, Meta, and the bleak fate of her bastard children. The central story – that of the seduced maiden who ends up becoming a lone parent to a brood of children – is narrated by the youngest daughter, herself now an old woman.
Delving into the second novella, Ljubezen na odoru (Passion Above the Precipice), the reader is cast into the thick of events without temporal or spatial coordinates. The narrator speaks of the life and child-rearing of the Radman family, where the older four siblings look alike while the youngest two appear oddly out of place. We read of Afra Radman, a sturdy and buxom peasant woman, and her old, sullen and grumpy husband. While doing heavy work in the field, the Radman wife meets forester Voruh who offers to help. They start seeing each other, falling in love. Despite the  stigma of a harlot attributed to her by the villagers, Afra divorces Radman and tries building a new life with Voruh. Constant struggle with her former mother-in-law and the elder children, who are shovelled with reluctance back and forth between their new and old homes, prove to be insurmountable obstacles. When a glimmer of hope finally appears for the lovers, Voruh is mortally injured in a forest accident caused by Karmuh, the oldest son of the Radmans.

Prežihov Voranc is the alias of the writer Lovro Kuhar, born on 10 August 1893 in the small village of Kotlje in Slovene Carinthia, on the present Slovene-Austrian border. Raised in a poor peasant family, Kuhar received only rudimentary formal education. During the First World War he deserted from the Austrian army and was incarcerated in Italy. Returning home, he became tightly involved in the workers’ movement and rose to prominence as a member of the Yugoslav Communist Party. Due to his political views he was forced to emigrate to Paris when the royal court in Belgrade declared his party illegal. Shortly before the outbreak of the Second World War he returned to Ljubljana, operating as a resistance activist until he was jailed by the Italian authorities. Surviving internment in a Nazi concentration camp, he returned to Slovenia where he lived until his death in 1950.
Lovro Kuhar established his literary reputation in the 1930s as an expatriate, with impactful works published in various Slovene journals under the pen name Prežihov Voranc. His most important contributions are the novels Požganica (1939), Doberdob (1940) and the collection of short stories Samorastniki (The Self-Sown, 1940).
Kuhar wrote in the tradition of social realism, demonstrating his moral preference for the down and out rural and blue-collar man, while his masterful literary style displays a journalistic approach with impressionist undertones. An example of potent artistic testimony to suffering and pain, his works remain intriguing metaphors of the human condition.

END_OF_DOCUMENT_TOKEN_TO_BE_REPLACED

Irma Marija Ana  Ožbalt was born in the town of Žužemberk, Slovenia. After having graduated in English and Slovenian literature from The University of Ljubljana in mid-1950s, she moved to Australia and finally settled in Montreal, Canada. In 1978, she received a Ph.D. in English from McGill University, Montreal. She teaches English as a second language at the Public Service Commission of Canada-Montreal Language Training Centre. In addition to her translations from and into Slovenian, she writes short stories in both English and Slovenian.