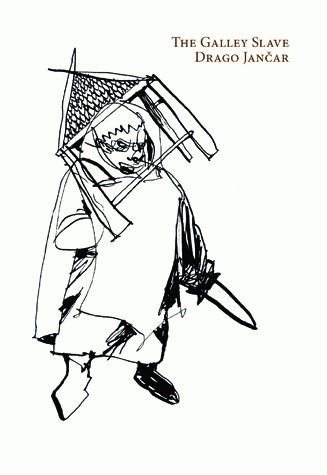 The Galley Slave is a tour de force of historical fiction centered on the misadventures of an Everyman of indeterminate origins named Johan Ot, who is part picaresque anti-hero, part Josef K. Driven by a restlessness that he can barely comprehend, Ot consorts with merchants, peasants, pilgrims, pagans, heretics, thieves, and prostitutes, while continually trying to evade the forces of the Inquisition. Everywhere he encounters superstition, the Church, political power, and the mob inextricably linked and wreaking pious, desperate violence on anyone who stands out. The Galley Slave paints a vivid, Bruegelesque panorama of a brutal and plague-threatened late-medieval Europe, seen through the eyes of a rebel in spite of himself as he flees across the length and breadth of the Slovenian lands, from Austrian-controlled Styria to the Venetian-dominated Adriatic coast, in an endless quest to survive.

Drago Jančar was born in 1948 in Maribor, Slovenia. He is the best-known Slovenian writer, playwright, and essayist both at home and abroad, and one of the most translated Slovenian authors. He obtained a law degree at the former College of Law at the University of Maribor, and later worked as a journalist, freelance writer, and movie script editor and writer. In 1975, he was sentenced to a one-year prison sentence for allegedly “spreading enemy propaganda.” In l981, he was appointed editor-in-chief and secretary of the Slovenska matica publishing house. In 1985, he visited the USA on a Fulbright Fellow­ship, and later also resided in Germany, Austria, and in the UK as the recipient of the Literary Fellowship of the Free State of Bavaria, the Fellowship of the Austrian Literature Society, and the British Council Fellowship, respectively. As a president of the Slovenian P.E.N. Centre between 1987 and 1991, he was engaged in the rise of democracy in Slovenia and Yugoslavia. He lives and works in Ljubljana.