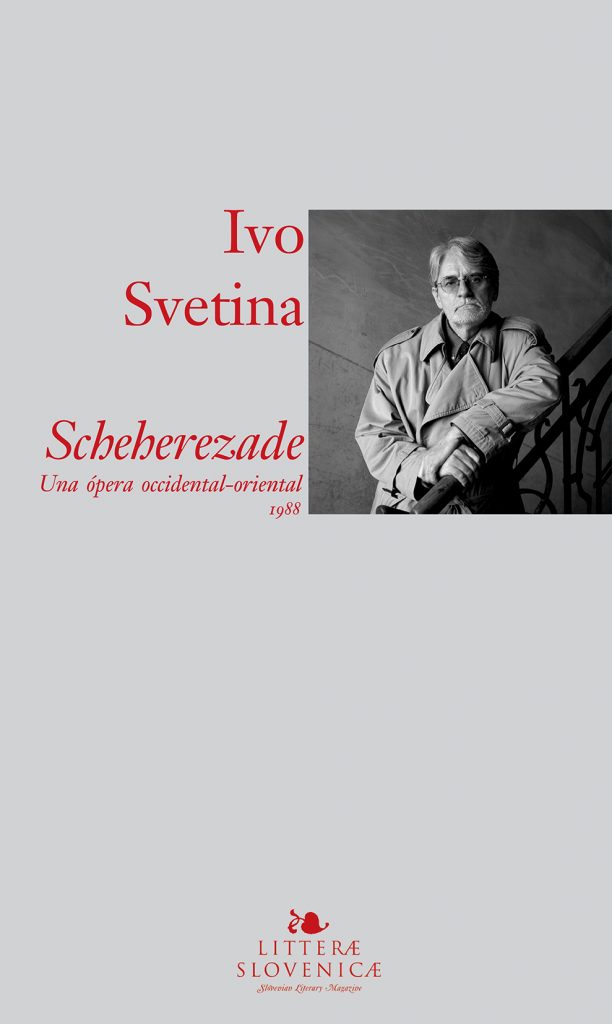 Once upon a time, there lived an illustrious queen. The night she bore her first son, a sinister star crossed the sky, foretelling ruin should he ever ascend to the throne. The queen, believing the omen, gouged out her own infant’s eyes – a blind wretch cannot be king. A year later she bore a second heir; the young man took up the sceptre when it was his time to rule. Suddenly, the world sundered between light and darkness, one-half the domain of each brother, the sultan of light and the sultan of dark, a sister in between them. For twenty years, the younger led a prosperous Sun-kingdom, till his first wife, the only creature he’d ever loved, betrayed him with a slave. As he took her life, agony and dismay turned his heart to obsidian. Swearing to banish infidelity from the realm, the sultan, enraged, claimed a fresh virgin each night, beheading her in the morning. This he continued for one thousand and one nights, slaughtering all the maidens in the kingdom. Left with only the young daughters of his vizier, he summoned them before him. Scheherazade, the elder, a wily creature of marvel and wit, enraptured the sultan into her tale … of a queen ruling a Sun-realm redeemed. At dawn, the sultan, moved to his core, chose to make Scheherazade his wife. As the thousand-and-second night falls, the kingdom erupting in joy, doom strikes beyond anyone’s darkest inkling. A dreadful DJINN tramples the world – an immense bleak pillar of smoke, with eyes of scorching hellfire and a mouth-pit devouring the Seraj!

“Svetina’s drama works channel myths and fairytales from the world’s literary cache and re-forge them into new stories, in which the playwright explores issues of ‘the foundations and elementary claims of the Eurocentric world’. His play Scheherazade (1988) is the first in a string of creations based on Oriental themes. It features, as Boris Svetel establishes, also certain characteristics of Svetina’s poetry, which was permeated by similar subject matter since its beginnings. The Orient here does not merely enter the theme, but also carries the complete framework of form, from diction and metaphor to the composition of syntactical units […] Svetina’s incarnation of Scheherazade no longer seeks to establish a balance between the sensual charms she must command to seduce the sultan and the ripe reason that allows her to captivate the listener, namely, she no longer addresses the body and the soul, but enters instead precisely to summon the Djinn. To Svetina, art represents the sole means at the world’s disposal to suspend wanton slaughter, though even it cannot assure deliverance in the face of man’s pride,” writes Katja Mihurko Poniž in the afterword.

Ivo Svetina was born in 1948 in Ljubljana. He graduated from Comparative Literature and Literary Theory at the Faculty of Arts, University of Ljubljana. He writes poetry, plays and essays, and has received several prizes and honourable mentions for his literary work. He has translated several significant texts, e.g. Tibetanska knjiga mrtvih (The Tibetan Book of the Dead), Trije tibetanski misteriji (Tibetan Mystery Plays). Between 1968 and 1977 he was engaged in the experimental theatres “Pupilija Ferkeverk” and “Pekarna”; the performance “Ep o Gilgamešu” (The Epic of Gilgamesh) was created under his direction. In 1978 he became employed at the Cultural Society of Slovenia; later he worked as a dramaturge and a Programme Editor at Television Slovenia.

From 19851–1992 he was a dramaturge and Artistic Director at the theatre “Slovensko mladinsko gledališče”, while from 1993–1998 he was, as State Undersecretary at the Ministry of Culture of the Republic of Slovenia, in charge of artistic and other creative programmes. From 1989 to 2014 he was Director of the National Theatre Museum of Slovenia in Ljubljana. Since December 2014 Ivo Svetina has been president of the Slovene Writers’ Association; he is also a member of the Slovenian PEN Center.

END_OF_DOCUMENT_TOKEN_TO_BE_REPLACED

Gemma Santiago Alonso was born in 1972 in Madrid (Spain), studied Spanish Philology at the University Complutense of Madrid, and obtained her PhD at the University of Ljubljana, where she has been teaching since 1998. She is a member of the National Bachelor Examination Committee for Spanish at the National Examination Center of Slovenia (since 2008), an evaluator at the National Examination Center of Slovenia (since 2004), and, since 2009, an evaluator and examiner for Diplomas in Spanish as Foreign Language (DELE) at the Cervantes Institute of Ljubljana in Slovenia. Her areas of interest are Second Language Acquisition and Cognitive Linguistics, the learning/teaching of grammar, and Error Analysis, and she is also active as a Teacher Trainer.  She is the co-author of  various books for Spanish students. Her research has been published in several journals and conference proceedings.

Barbara Pregelj has a PhD in Literary Studies and is an assistant professor of literature. She graduated from Spanish and Comparative Literature and, in 1995, she studied Contemporary and Medieval Spanish Literature, as well as Literature of the Golden Age, at the University of Salamanca in Spain. From 1996 to 1999 she continued with postgraduate studies, earning a Master’s degree for her work on the topic of kitsch in the Spanish Baroque, and then a PhD for her dissertation on the trivial in Slovenian postmodernism. Her research focuses primarily on various aspects of the reception of Spanish literature in Slovenian literature, youth literature, translation, and literary interpretation.

She has organized and coordinated many visits by foreign authors in Slovenia, along with visits by Slovenian authors to Spain, and several international symposia. She regularly presents papers at conferences, symposia and roundtables, both in Slovenia and abroad. She also translates between Slovenian and Spanish, and she has translated more than 40 books. She is a court interpreter for Spanish.