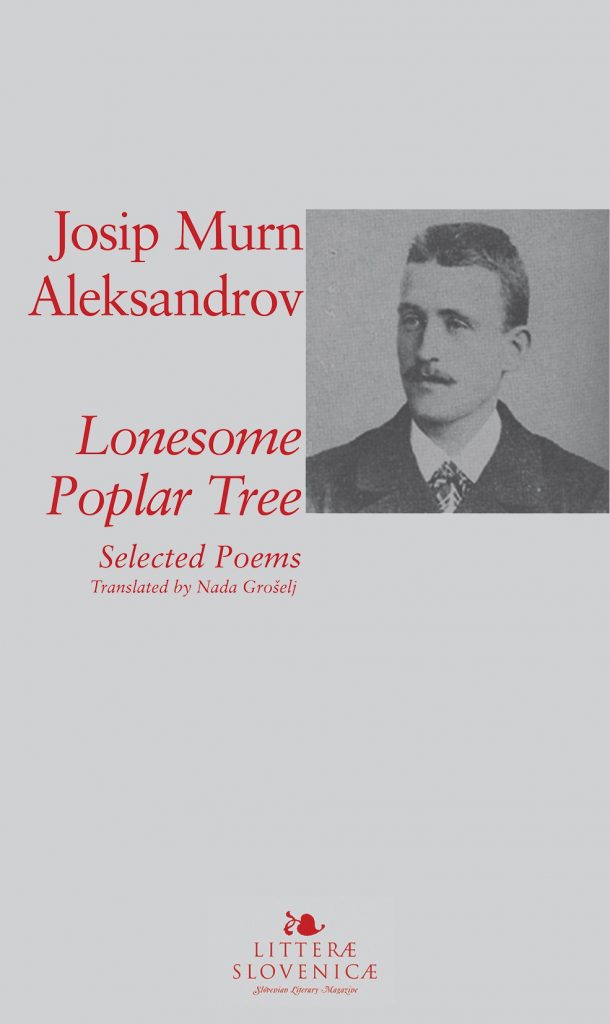 Though Murn’s oeuvre ranges from erotic pieces to poems about the countryside, from atmospheric and reflective to narrative poems, the boundaries between these categories are often blurred. His most acclaimed works are his countryside lyric poems and atmospheric pieces. The former, seemingly echoing the simplicity of folk songs, render the townsman’s dream of a bucolic idyll. Murn plays through a vast repertory of metres and rhymes, sometimes harking back to traditional folk forms, such as ballads or romances, sometimes even switching to free verse. His atmospheric poems, on the other hand, paint miniature impressions – usually melancholy ones – of natural scenes. Noteworthy is Murn’s masterful use of sound devices, from general euphony to expressive sound repetition.

The oeuvre of Josip Murn (pen name Aleksandrov, 1879–1901) belongs to the Slovene variant of neo-romanticism, the moderna period (1899–1918). It rests on subjectivity with its moods, emotions and dreams, a subjectivity which finds its impressionistic voice in short atmospheric or confessional poems with symbolic undertones. The poet published no book in his short lifetime: his début collection, Pesmi in romance (Songs and Romances), was published posthumously in 1903. The contents were selected by the poet’s friend and renowned literary historian, Ivan Prijatelj, whose introduction was the first aesthetic evaluation of the author’s work. Murn’s popularity rose after the Great War and peaked after World War II, when his poetry decisively influenced the poets of Slovene intimism. Today Murn is considered a major national lyric poet, the one who salvaged Slovene poetry from the grip of national and social ideologies, internalising it completely.

END_OF_DOCUMENT_TOKEN_TO_BE_REPLACED

Born in Canada, Jason Blake is employed at the University of Ljubljana’s English Department. He translates primarily from Slovenian and German. His most recent book-length translation is Marjan Rožanc’s Of Freedom and God, a collection of essays he translated with Jeremi Slak. He is also the author of Culture Smart! Slovenia, as well as a trio of handbooks aimed at Slovenians who write in English.

Nada Marija Grošelj (BA in English and Latin, PhD in linguistics) has been registered since 2005 as a freelance translator. She teaches at the University of Ljubljana, Slovenia, on contract, and works with academic institutions as a translator and language consultant for English. She translates from English, Latin and Swedish (occasionally also from Ancient Greek) into Slovene, and from Slovene into English. Her book-format translations (51 so far, with several more forthcoming) include the fields of literary theory, philosophy, theology, mythology, and prose and poetry. Several of her translations into Slovene have won national translation awards. Her translations of Slovene literature into English have been included in the Litterae Slovenicae and Vilenica series, in an English-language anthology of Slovene literature (The Soul of Slovenia, 2013), and in the editions of four Slovene poets: France Prešeren (2008) and Tone Pavček (2009) with co-translators, and Jože Snoj (2013) and Milan Jesih (2015) as sole translator. Her translation of Veronika Simoniti’s selected short stories is scheduled for publication in 2017 at the Dalkey Archive Press, Illinois, USA.