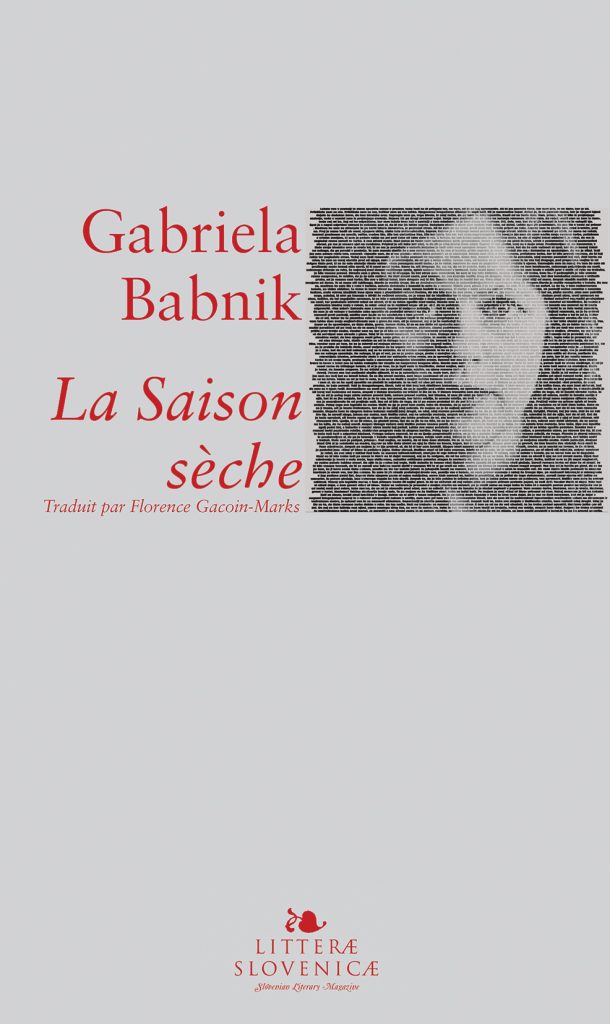 Sušna doba (Dry Season) subverts the storytelling substance of Philip Roth, delving into the subject of an African male living in the West and the social conventions of female creativity, in part through the perspectives of an aging artist and her young black lover. She, a sixty-two-year-old designer from a Central European milieu, he, a twenty-seven-year old African brought up on the streets, suffering much abuse. What brings them together is the lonesomeness of their bodies, a shared experience of tragic childhood, and especially the time of the Harmattan, the wilting season when nature and love will not bloom. Soon enough the artist realizes that the empty spaces between them do not arise solely as a consequence of differences in skin colour and age, but specifically from her belonging to the Western civilization where she has cast aside, lost, all the preordained roles – daughter, wife, mother. Sex does not overpower the solitude, grim repressions of the past seep into this world, too, though it may appear stable and innocent. The novel shimmers with magic realism and fragments of African political reality, with a special bow to one of the key figures of African cinematography: Senegalese film director Djibril Diop Mambéty.

Gabriela Babnik was born in 1979 in Göppingen, Germany. In 2005 she graduated from Comparative Literature and Literary Theory at the Faculty of Arts in Ljubljana, finishing her Master’s degree on the modern Nigerian novel in 2010.

Since 2002 she has contributed regularly to major daily and weekly publications in Slovenia, with critiques, interviews, analyses, reviews and essays appearing in the magazines Literatura, Mentor, Balcanis, Ampak, Ekran, Poetikon, Književni listi, Pogledi, etc. She also writes political and economic commentary on the subject of Africa for the Saturday supplement (Objektiv) of the newspaper Dnevnik. In 2013 she received the Stritar Prize for best young literary critic.

Her first novel Koža iz bombaža (Cotton Skin, 2007) was awarded the Best Debut Novel at the Slovene Book Fair in 2007. Critics agreed it was “an exceptional Slovene contribution to the constellation of African literature” (Mladina) and praised the work’s beautifully metaphorical narration of contact between two cultures – the African and the European.

Her second novel V visoki travi (In the Tall Grass, 2009), departing the sphere of the dark continent and focusing on the Slovene periphery framed lyrically by the poetry of Yehuda Amichai and Tomas Tranströmer, was shortlisted for  the 2010 Kresnik Award for best Slovene novel of the year.

The novel Sušna doba (Dry Season, 2012) subverts the storytelling substance of Philip Roth, exploring the subject of an African male living in the West and the social conventions of female creativity, in part through the perspectives of an aging artist and her young black lover. The novel received the European Union Prize for Literature in 2013, making it into the top six among the 65 selected European translations into English. This year, the translation (by Rawley Grau, Istros Books, London 2015) is nominated for the prestigious International Dublin Literary Award 2017, the biggest award encompassing both original English as well as translated works. Dry Season is set to appear in over ten languages worldwide.

Her latest, fourth novel Intimno (Intimately, 2015) was a finalist for the Kresnik Award in 2016. In 2014 the authoress published her fist short story collection, Night Landscapes.

On occasion, she contributes radio plays for RTV Slovenia; the radio play Cotton Skin produced by Radio Slovenia was in 2008 nominated in the adaptations category at the 63rd Festival Prix Italia. Gabriela is also an editor, festival curator, panellist, translator, and head of literature and critique workshops. Her translations into Slovene include works by acclaimed Nigerian writer Chimamanda Ngozi Adichie. Gabriela makes visiting appearances at home and abroad, having presented her works in Austria, Belgium, Hungary, France, Great Britain, Ukraine, Poland and the United States.

Since 2010 she has been a permanent member of the Slovene Writers’ Association, and since 2015 its vice president.  She lives with her family between Slovenia and Africa.

END_OF_DOCUMENT_TOKEN_TO_BE_REPLACED

Dr. Florence Gacoin-Marks (1972, France) studied French and Slovenian in her hometown of Paris (at the Sorbonne and at the INALCO Institute). In 1994 she moved to Slovenia, where she still lives and works. In 2005 she received her PhD in Comparative Literature from the Sorbonne for her dissertation on the Slovenian realist novel between the wars in the European context. Since 2002 she has been employed full-time at the Department of Romance Languages and Literatures at the University of Ljubljana’s Faculty of Arts, where she is currently a “docent” for French and Francophone literature. In her spare time she translates Slovenian literature into French.