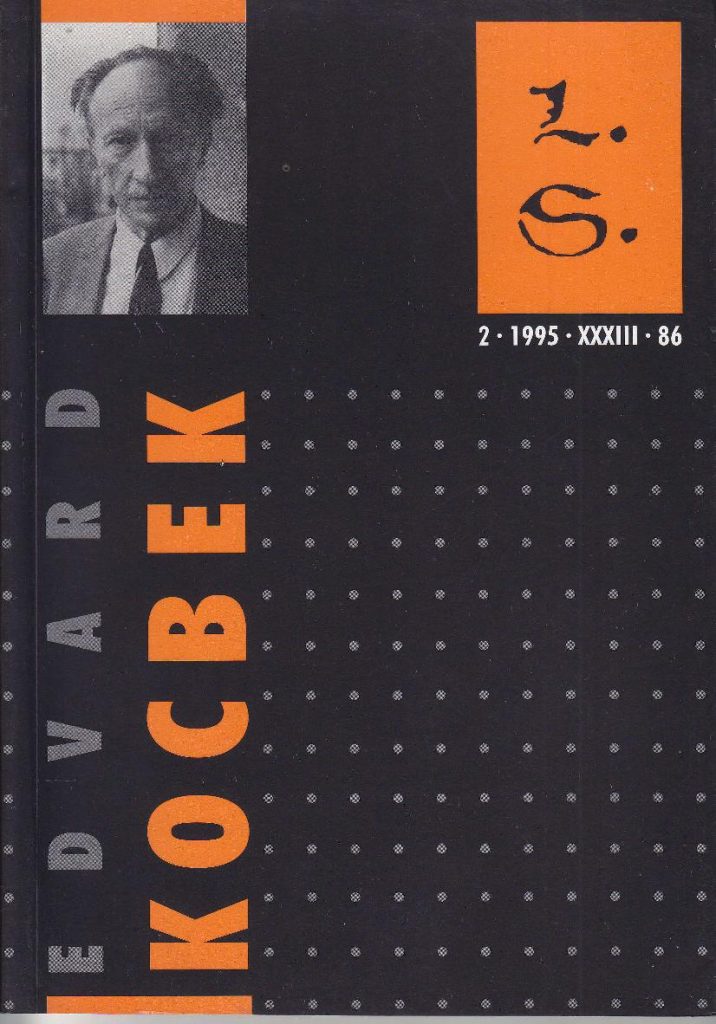 Edvard Kocbek is considered to have been the most contemporary of Slovene pre-war poets. His early lyricism was expressionist in style, tinged with elements of symbolism, influenced by European greats such as Paul Claudel, Rainer Maria Rilke and Georg Trakl. He later explored other avenues of expression, with an increasing affection for modernism.
Better than any historical record, Kocbek’s poems bear witness to the human condition in a revolution-torn country. A writer of not only wit and clarity of style but also of considerable substance, he was concerned with metaphysical contemplations on the nature of compassion, suffering and hope. His poems, near-epic in form but softly lyrical in content, convey a sense of correspondence that, with the urgency of the great masters, inserts the most intimate of love relationships into the vastness of the social and spiritual perspective. “His poetry, however, is by no means overtly political. On the contrary, it is precisely in his subtle manipulation of symbols and delicate images, more often than not drawn from peasant culture and a rich tradition of folk songs, that the tragic social dynamics of his country come effortlessly to life”, points out Aleš Debeljak in his preface to the book.
Kocbek’s verse reveals profound spiritual undertones. Regardless of his lifelong allegiance to a highly individualized version of Roman Catholicism, one is compelled to conclude that a cosmological rather than religious longing runs through his poems, in a way calling to mind the mythological consciousness of the greatest modern Southern Slavic poet, the late Vasko Popa of Serbia.
His rebellious yet deeply intimate writings made Kocbek a poet of “extraordinary originality and vision who deserves a prominent place in the pantheon of modern literature”, as Pulitzer-prize winner and a distinguished American poet Charles Simic concludes in his preface to Na vratih zvečer (At the Door At Evening, 1990).

Edvard Kocbek was a Slovene poet, writer and political activist. Born in 1904 in Sveti Jurij ob Ščavnici, he studied theology for two years before pursuing Romance Languages at the University of Ljubljana, becoming a French language teacher. In 1938 he founded the journal Dejanje (The Action), an influential voice he edited until the Second World War. As a member of the Christian Socialists, Kocbek performed various roles in the Liberation Front during the war, receiving high offices in its wake. When his short story collection Strah in pogum (Fear and Courage), a wartime account that questioned the ideological narrative of the regime, enraged the Communist Party, he was expelled from political life.

Kocbek began publishing poems in 1924 in the student publication Stražni ognji (Watch Fires), and later alongside his essays in the journal Dom in svet (Home and Abroad). His debut poetry collection Zemlja (Soil) established him as a talented modernist author with a knack for combining expressionist and symbolist elements. In the decades after the war, Kocbek found himself on the edge of existential ruin. While the communists were utilizing the National Liberation Struggle to wage class war and tighten their grip on power, the poet’s utopian illusion of an all-national ethical and political transformation was shattered. Barred from public appearances and cultural activities, he was prevented from publishing up until the early 60s. During that time he earned his living by translating from French and German. His post-war poems speak of the rift between wartime idealism and the actual social reality enforced through violence and fear.

Unlike many of his peers, Kocbek was not a social realist, drawing inspiration from religious expressionism, French personalism and existentialism. He explored the subject of the educated man facing colossal historical events, such as the rise of fascism or the National Liberation Struggle, in Kocbek’s works narrated through the testimony of an individual cast into the storms of historic upheaval. He died in Ljubljana in 1981.