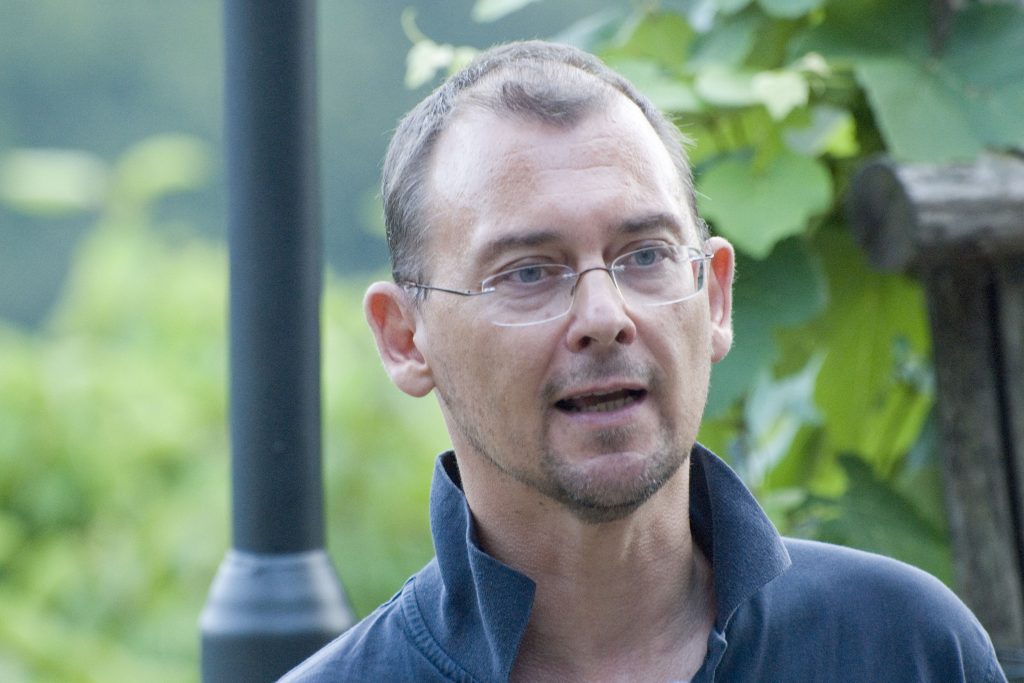 Michele Obit is a poet, translator and festival curator. He was born in 1966 in Ludwigsburg, Germany, to an Italian-Slovene family that eventually returned to Friuli where he graduated in Geodetics. Today he lives in San Pietro in the Province of Udine, Italy, working as editor-in-chief of the bilingual magazine Novi Matajur. Between 2002 and 2015 he was president of the Ivan Trinko Cultural Association. Michele is the poetry curator for the distinguished international artist gathering  “Stazione di Topolo / Postaja Topolove / Topolo Station” and the motor behind its annual “Koderjana” writer-in-residence project. He published several poetry collections, some in Slovene, including Leta na oknu (Years at the Window, Založba tržaškega tiska, 2001) and Marginalia/Marginalije (Kud Prešeren, Ljubljana, 2010) and translated into Italian noted Slovene poets and writers, among them Boris Pahor, Aleš Šteger, Miha Mazzini and Miljana Cunta.