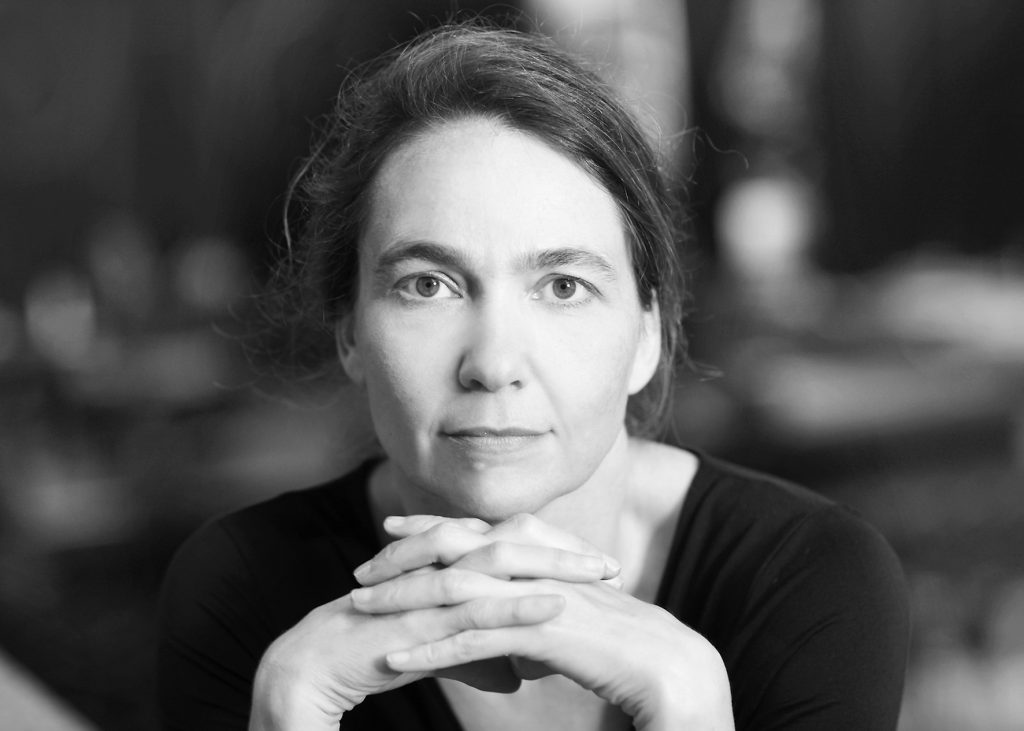 After studying French and English 2001 at the University of Ljubljana, Katarina Marinčič (1968) received her PhD in French literature in 2001. Since 1994 she has taught French literature of the 18th and 19th centuries, as well as of the first half of the 20th century, at the University of Ljubljana’s Department of Romance Languages and Literatures at the Faculty of Arts. She is the author of four novels and a collection of novellas. Her first novel, Tereza, appeared when she was barely 21 years old; it was followed three years later by her novel Rožni vrt (Rose Garden). For Prikrita harmonija (Hidden harmony), she received the 2001 Kresnik Prize for the Slovenian novel of the year (in 2008 the German translation by Daniela Kocmut was published by Kitab publishing house in Vienna). Her next book, the collection of novellas O treh (Three), earned Marinčič the 2007 Fabula Prize for the best collection of short fiction of the past two years (in 2015 the Macedonian translation by Dragana Evtimov was published by “Studio krug” publishing house in Skopje). For her fourth and most recent novel, Po njihovih besedah (In their words), the author received the “Kritiško sito” award offered by the Slovene Writers’ Association for best novel of the year in the opinion of literary critics. Passages from Katarina Marinčič’s novels have been also translated into English, French, German, Hungarian, Portuguese and Spanish.