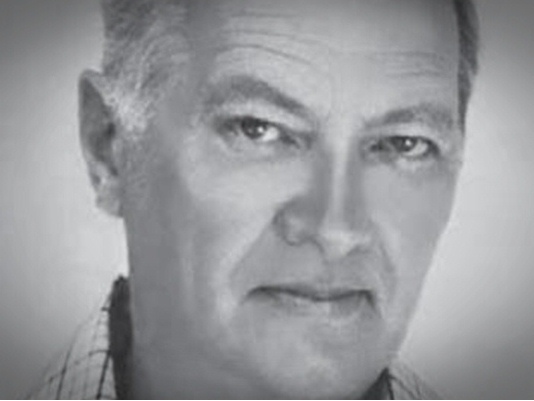 Poet and translator Jože Udovič (1912-1986) studied theology and graduated in Slavic Studies at the Faculty of Arts in Ljubljana. During World War Two he was interned in Italy before joining the partisan resistance. He then became an independent man of letters and translator. He began publishing poems and novellas in 1936 in the magazines Dom in svet and Dejanja. Three of his collections appeared in his lifetime: Ogledalo sanj (Mirror of Dreams, 1961), Darovi (Gifts, 1975), Oko in senca (The Eye and the Shadow 1982); several more were published posthumously: Pesmi (Poems, 1988), the short story collection Spremembe (Changes, 1991), his diaries Zapisi v tišino (Writings into the Silence 1992) and collected essays Brazda na vodi (Furrow on the Water, 1993). Jože Udovič translated a number of poetry volumes and prose works into Slovene. For his debut original collection Mirror of Dreams he received the Prešeren Award in 1962, followed by the Sovre Prize in 1971 for his translation of Broch’s The Death of Virgil. He also translated several Spanish-speaking greats, among them F.G. Lorca, Vicente Aleixandre, Gabriela Mistral and Pablo Neruda.