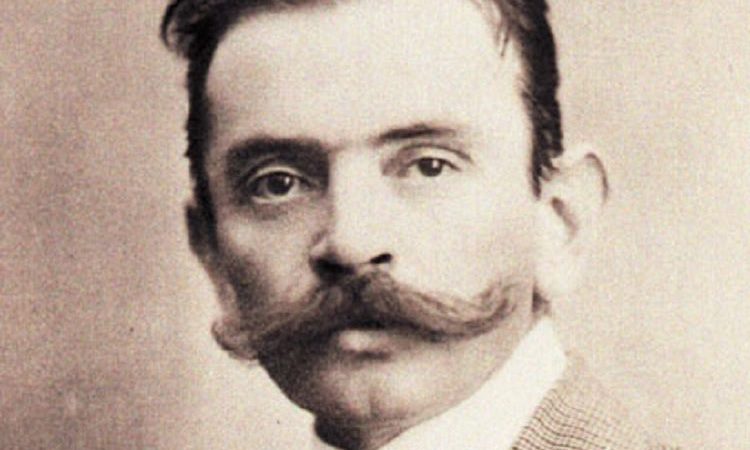 Ivan Cankar was born on May 10, 1876, in Vrhnika pri Ljubljani in Slovenia, which was then part of the Austro-Hungarian Empire. His father was a poor tailor with a small house, but it was his sick mother who became in Cankar’s eyes an almost biblical figure of “the strong woman” personifying love and self-sacrifice. Cankar attended a local school in Vrhnika, and in 1888 enrolled in the Ljubljana “Realka” high school, where he was taught by the legendary literary historian and editor Fran Levec. While there, Cankar began to read poetry and criticism, and joined the Zadruga Student Association, where he came into contact with the poets Josip Murn, Dragotin Kette, and Oton Župančič. He published his first poems in the magazine “Vrtec” (The Garden) and “Ljubljanski zvon” (“The Ljubljana Bell”), a monthly literary review put out by Slovenian high schools.
After completing his “matura” exams and graduating from high school in 1896, Cankar went to Vienna to study engineering but soon transferred to a program of Romance and Slavic languages. In 1897, his beloved mother died, an event that would later become an immortal memory in his literary works, particularly in the novel “Na klancu” (On the Hill), and would return as a motif and theme until the end of his own life. In the fall of 1898, Cankar returned to Vienna, where he remained almost eleven years. He lived in the then poor district of Ottakring, surviving on his writing and journalistic work. As he was living in poverty and also sickly, he decided in 1909 to visit his brother Karl in Sarajevo, where he remained for two months as a guest of the Archbishop Josip Stadler, and completed his satirical political play entitled “Hlapci” (The Serfs) and the story “Kurent”.
In 1910, Cankar moved to the renowned Rožnik hill above Ljubljana, where he would live until 1917. Like Tolstoy’s Yasnaja Polyana, Rožnik became something akin to a pilgrimage site to which Cankar’s admirers – high school students, hikers, artistic colleagues such as the painters Maksim Gaspari, Hinko Smrekar, and Rihard Jakopič, the poet Župančič and the writer and playwright Cvetko Golar – travel on an almost daily basis from places near and far. It was at Rožnik that Cankar wrote many of his literary works, including “Podobe iz sanj” (Images from Dreams), which appeared in 1917 and was his last published book.
In 1907, Cankar was on the list of candidates of the Yugoslav Social Democratic Party for parliamentary elections. He was not elected but, despite this failure, he continued his political activities in the form of debates and lectures in Trieste, among other places. In 1913, he delivered, in Ljubljana, what would become his best-known lecture: “Slovenci in Jugoslovani” (“Slovenians and Yugoslavs”). Here he advocated for the union of Southern Slavs into one country, while decisively opposing cultural or linguistic unification or dilution. Cankar was sentenced to seven days in prison in response to his statements supporting Yugoslav political union. In November 1915, he was conscripted into the army in Judenburg in Austrian Styria, but after several weeks was cleared from duty because of illness.
In October 1918, Cankar moved from the house on Rožnik to Kongresni trg 5 in the centre of Ljubljana. There he fell down the stairs under circumstances that have never been entirely clear, suffering a concussion. While in hospital, he became ill with Spanish influenza and complications from pneumonia, and was, on account of his weak heart, unable to recover. He died on December 11, 1918, in a hospital in Ljubljana, the capital of Slovenia, much of which had become part of the Kingdom of Serbs, Croats, and Slovenes after World War I. Cankar was buried in Žale, Ljubljana’s city cemetery, in the so-called “tomb of the moderns,” where Josip Murn, Dragotin Kette, and Oton Župančič are also buried. Milena Rohrmann was commissioned to erect a gravestone in accordance with plans drafted by the Plečnik School.